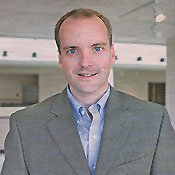 When the Clarion-Ledger reported April 21 that several area religious leaders converged on the state capitol to speak out against the death penalty, I broke my rule and opened the comments where readers can respond anonymously. I wasn't surprised to discover that most of the comments were negative, but one comment disturbed me more than others.

The reader argued that "ministers should confine themselves to matters of the spirit. ... It kind of makes me ashamed to call myself a Methodist when my church leaders are acting way outside their area of profession and use my tithes to pay for it."

I am certainly not ashamed that this reader is a "Methodist," but I am ashamed that in the all the years he has been a Methodist, he somehow got the impression that spirituality and issues of human justice are somehow mutually exclusive.

I suspect he views religion and faith solely as a tool by which we gain access to heaven. He understands that the main function of clergy, particularly in the Christian tradition, is to tend to the souls of people lest any be lost and miss the rewards of the afterlife.

While I do not disagree, it is impossible to read the Bible without encountering its call to care for the welfare of the world.

The story of Zacchaeus, the "wee little man" in Luke's gospel (chapter 19:1-9), is often told as a children's story. However, when you consider the kind of person he was in relation to his community, there is nothing childish about it. A tax collector for the Romans, he was reviled by people from whom he collected, often defrauding and swindling them in the process. His name translates as "pure and righteous" but it had become a sneer on the lips of his people.

A powerful turnaround occurred when he encountered Jesus, or rather, Jesus encountered him. Looking up at the little man perched in a tree, he said, "Zacchaeus, come down, for I'm going to your house today." At Jesus' recognition and gracious acceptance, Zacchaeus comes down from his tree and proclaims: "Here and now I give half of my possessions to the poor, and if I have cheated anybody out of anything, I will pay back four times the amount."

Only after Zacchaeus' pledge to share his wealth does Jesus say, "Today salvation has come to this house."

With all that we know about Jesus and his talk of good news to the poor, how can Christians reconcile ourselves to a society that practices voracious consumption and a system of wealth built on the backs of the poor and vulnerable?

Jesus says that the peacemakers are the children of God, but how do we Christians reconcile ourselves to a culture that overwhelmingly blesses the war makers? We live in a land where murder is illegal, but that is exactly what we do to those who murder. We know well the commandment, "Thou shalt not kill," so how do we reconcile ourselves to living in a country that utilizes the death penalty to "solve" the problem of killing?

The answer is that we cannot reconcile ourselves to any of these things. When government policies and practices of this nation or any nation are in direct conflict with the gospel, it is our obligation to stand up and say so. We must demand and work for a world that is more peaceful, more just and more equitable.

Back in 1954, a middle-aged housewife and recent law school graduate from Atlanta, Ga., decided to enter the race for Georgia's governor. Grace Thomas ran as the only woman in a field of nine candidates, and she was the only one to embrace Brown vs. Board of Education, the Supreme Court's controversial decision to integrate the public schools. Needless to say, she ran dead last.

In 1962, she ran again. This time the Civil Rights Movement was in full bloom, and when Grace Thomas spoke of racial harmony and progress, she received death threats.

Rev. Tom Long tells about the day Thomas gave a campaign speech in the little town of Louisville, Ga. The centerpiece in Louisville is an old slave market where human beings were bought and sold. She decided to give her speech under the canopy of that slave market. She addressed a gaggle of farmers and merchants, and she pointed at the slave market and said: "This, thank God, has passed and the new has come. It's time for Georgians to join hands, all races together."

Somebody in the crowd shouted at her, "Are you a communist?"

"Well, where did you get those goldarned ideas?"

She thought about it for a second. She then pointed at the steeple of the First Baptist Church, and she said, "I got 'em over there in Sunday school!"

When I consider all that I learned in Sunday school, there's no way I can be quiet.

Rev. Rob Hill is the pastor of Broadmeadow United Methodist Church in Jackson where he has served since June 2005. A native of Forest, he earned his bachelor's degree from Mississippi State University in 1997 and a master's degree in divinity from Duke University in 2002.

I am moved by this article. Thanks Rev. Hill for the contribution. I just might visit your church. :-)