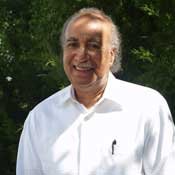 The killing of Mr. James Craig Anderson in Jackson in June seems to have precipitated a number of questions that can, in my opinion, be answered by revisiting our state's history.

The Clarion-Ledger gave a benign account of the event that made it sound like a possible accident. Then, CNN gave the community and the nation-at-large the full story including intent, content, interview, discussion and the film footage captured on tape by a hotel near the site. This "twice-told tale" reveals what has the appearance of an intentional attempt to downplay the event by The Clarion-Ledger and the intention of CNN to report the story as it likely was: an egregious racist killing of an innocent person who happened to be black, the apparent preferred prey for the appetite of the "hunters," Deryl Dedmon, John Aaron Rice and the two young white females who have not been formally charged. Many believe that they, too, are accessories to this crime.

Did the judges in the case send a message that such a blatant violation of human life and legal rights will not be tolerated? And why is this case any different from other murder cases in Jackson, i.e., shootings at clubs, gas stations, drive-by, and carjacking, where both victims and perpetrators are of the same ethnic background? The answers lie in Mississippi's past. Those who espoused white supremacy maimed, murdered and socially ostracized black and white Mississippians involved in the Civil Rights Movement.

There is an endless stream of questions about Anderson's murder because many have focused on evidence of positive social change in Mississippi. However, we cannot dismiss the fact that residues of racism lurk in the shadows of our social structure, residuals of systematic segregation, unrestrained discrimination, and the negative evaluation of black life, black culture and black contributions to society.

Mississippi has become the "poster state" for egregious violations of human rights and moral ethical norms of a supposedly civilized Christian society. This labeling obscures the work that many black and white Mississippians have done  to bring the state into the 21st century—educationally, economically, politically and spiritually. Their work is an uphill battle against myth, misinformation, disinformation and blatant lies.

To say the least, it is sad that Mr. Anderson had to die such a cruel, inhumane, untimely, and heartless death to awaken this community to the need for vigilance and continuous striving in the quest for truth, justice and spiritual actualization. Those who see injustice and intolerance and decline to speak out against it, and those who are in positions to dispense justice and prevent human predation but do not, are as guilty as those who practice these immoral, inhumane and destructive behaviors.

CNN's second telling of the story ignited a glimmer of hope when more than 500 people—community leaders, families, public officials and others—gathered for a march to the site of the murder and a candlelight vigil. The group sang "This Little Light of Mine," an old Negro spiritual that seemingly took on new meaning: "This Big Light of Ours." Several whites brought their children to be exposed to acts of compassion for the lives of others, regardless of their race, color or creed. This is a far cry from a time when whites would bring their children to the church picnic to watch the hanging of a black man or woman.

Let us continue to light a candle rather than curse the darkness.

Rommel W. Benjamin is a retired sociology professor living in west Jackson. He taught at numerous universities throughout his career, including Southern Illinois, Mississippi Valley and Jackson State universities.

Hats off to Dr. Benjamin for this article: Lighting a candle rather than "cursing the darkness" is so profound! It is my sincere hope that the meaning will resonate to others. This directive should not only apply to the young Whites from Rankin Co. who could find nothing better to do than to take the life of an innocent black man: It should also be a beacon to the minds and hearts of young Blacks who take the lives of other Blacks. The Vigil for James Craig Anderson was well thought out and well attended. The red and white T-Shirts with "Not In My City" carries a special message and has the potential of becoming a Motto for the entire City. There are more people with good hearts and good intentions than those with hate-filled thoughts and acts of criminal behaviors to include murder. Does anyone know where I can purchase a "Not In My City" T-Shirt?