Stop Being a Regular 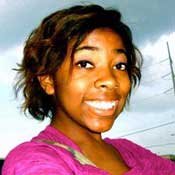 Everywhere I go, I see people who are not satisfied with where they are. My friends in New Orleans can't wait until they can move to New York or Japan, but people in Jackson are anxious to go to the Big Easy. Even folks in Chicago think it's a boring place to live. Various people whom I meet or know always ask me where I want to live when I'm older or where I would like to travel.

The truth is, I don't really want to go anywhere. I would be fine living the rest of my life somewhere between Jackson and New Orleans (because I grew up there). Others are usually pretty stunned when they learn that I am not bored and disgusted with a life in Jackson.

What's wrong with these people? Why don't they see all the opportunities awaiting them in this city? Sure, it's smaller than most big cities, and we don't actually have a movie theater within Jackson's city limits, but there are lots of terrific things to do. Besides, the suburbs are a hop away, and they have other fun things to do (including movie theaters).

I had a choice of going to college six hours away at Hendrix College in Conway, Ark., or three hours away at Rhodes College in Memphis, Tenn. Rhodes gave me the most scholarship money, but Hendrix seemed so much cooler. I decided against both. I chose Millsaps College here in Jackson. I couldn't leave, yet. Not yet. I felt as if my life here was just getting started. Before graduation, I was stuck on moving back to New Orleans. I love the city, and I missed it. I had blinded myself to what was right in front of me.

I couldn't bring myself to leave Jackson, even though the other schools seemed to be perfect. Millsaps wasn't even on my list of options at first. I visited Hendrix with my mom and grandma and stayed two nights during my senior year of high school. I thought the campus was beautiful. The classes were fun. I came back to Jackson and visited Millsaps with a friend mainly because she wanted me to go with her. Nothing about the school really made me fall in love with it. I was just comfortable there. I could look out of the gate and see familiar houses and street names.

Jackson may seem dull at first glance, but it is filled with opportunities. If it weren't for them, I certainly would not have wanted to stay in Jackson for another four years. Going to school between the Belhaven community and Fondren allows for plenty of exploration. I can walk to more places to eat than I can count on my fingers, and the Mississippi Museum of Art is a bike ride away.

This summer I was able to discover parts of Jackson that I had never seen before through my Jackson Free Press editorial internship. We implemented a neighborhood project early in the summer. Each of us paired up with another intern to explore and write about one of the city's wards excluding Ward 1 and Ward 7.

My partner, Meryl Dakin, and I got lost in west Jackson exploring Ward 4. While we were there, we happened upon a newly opened produce shop that seemed to have a good story behind it. The owner, Frank, let us both have a free taste of a "Mississippi plum," a small, green fruit that might have just been a baby plum. On Clinton Boulevard, we encountered a dog agility course. All in all, the trip was exciting and well worth the gas.

Our journey is just one example of how easy it is to find new and interesting places in Jackson. I'm sure that the rest of this summer's JFP interns can share similar stories of traveling through their assigned wards looking for newsworthy topics. I heard no complaints in the office, even though most of us got lost a time or two.

People may not realize it, but people my age (late teens, early 20s) really like exploring new things. That's part of the reason that my neighborhood partner, Meryl, has gone to Turkey for a month. I know from overhearing several conversations on trains and in my family that older people like exploring just as much. Why then, do you still have areas of Jackson left unexplored? With such a multitude of people looking for things to do, boredom shouldn't even enter a person's mind.

I love Frosted Flakes. I used to eat them every day for breakfast and dinner. After a few weeks of this daily routine, I couldn't take it anymore. My stomach began to hurt, and now I rarely eat Frosted Flakes. I'm imagining that mall hopping each weekend must have similar effects. You just have no reason to only go to Northpark Mall and the adjacent movie theater each weekend. Sure, there are a lot of stores, some of which are locally owned, but I would imagine the experience gets stale. This is true about all of our routines.

There is one routine, however, that I will continue to advocate: that of straying away from your routine. Instead of going to Cups every single day (sorry guys, I love you), why not try out Koinonia? It has its crowd of regulars as well, and those people need to visit another place, too. Before this year, and especially this summer, I was also a regular at Cups. I guess I still haven't changed too much, because I only get one type of pizza from Pizza Shack.

Being an intern at the JFP this summer was as enriching as ever, especially with the Neighborhood Project in place to get me out of the office. Just like last year when I interned here, I met new people whom I worked with to create Jackpedia. This time around, we also got to travel around the city and come back together and share our findings.

After seeing that Jackson has even more to offer than I had resolved two years ago, I have been excited to find more hidden gems. I want to follow every path and make new ones while photographing it all. I also want to stop being a "regular" and let myself explore.

Third-year editorial intern Briana Robinson, who moved to Jackson after Katrina, is a 2010 graduate of St. Andrew's Episcopal School. Her hobbies include photography, ballet and ballroom dancing. She is a rising sophomore at Millsaps College. She was the intern-editor in charge of this year's Jackpedia issue.