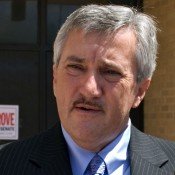 I'm so glad to see Gene "the Snake" Taylor and Travis "Cold Chill" Childers get their asses whipped. Bennie Thompson might be alone now but we won't have anymore faking the funk on the nasty dunk from Taylor and Childers. Good riddance and thank you Jesus. To hell with a blue dog, yellow belly Democrat. You with us or you're not. I made sure I voted. I didn't know we had taken the country as many of our haters had proclaimed but I voted to make sure we kept it anyway just in case. It doesn't take much for the republicans to whip some people into a frenzy with a black man and a woman having so much power. Again I saw dead people voting. For a minute I thought we were having a flag vote again in Ridgeland and Madison County. The Big Payback is coming in two years. Despite all the good intentions too much spending might have gotten us in trouble. And I never liked the idea of hiring Larry Summers. I'm as glad to see him gone as Taylor and Childers. Bennie is man enough to hold up our banner. I'm mad!!