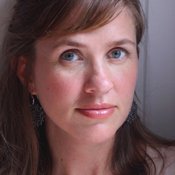 Caroline Herring will perform songs from her album "Golden Apples of The Sun" at Hal & Mal's March 12 at 8 p.m.

Caroline Herring labored to be heard over the garbled intercom chatter of an Atlanta lawn and garden store. It seems that she has a green thumb, and it's time to get seeds in the ground. Gardening, she says, is a treasured respite from the requirements of her career, the pressures of motherhood, and the hectic cycle of recording and touring.

Herring has carefully tended her musical talents, like one of the plants she now nurtures, since she began singing in her church choir at age 12. Years of playing, touring and four albums later, her beautifully textured voice sounds like a cross between Emmylou Harris and Joni Mitchell. Her talents are in full bloom.

Originally from Canton and a former Roman and medieval history teacher at St. Andrews Episcopal School in Jackson, she released her latest record, "Golden Apples of The Sun," to national acclaim in 2009. The recording is a work of maturity and beauty that calls upon her life experiences and her many influences. It is a work of love.

Now living in Atlanta, Herring has returned to folk music, where she first gained inspiration. She spoke to the Jackson Free Press by phone.

There is maturity to the songwriting themes on "Golden Apples of The Sun," especially on a song like "Abuelita" (a song about Herring's grandmother) where appreciation and respect of family is so evident. Does that maturity come from motherhood?

Being a mother has made me grow up a tremendous amount. But I don't know if this is an album I could have done only now. Being out of (Austin) Texas for a long time, I suppose, has been helpful because I'm a folk singer and have been traveling around a lot by myself, and doing that sort of "folk" thing. This is an album that reflects that, whereas when I lived in Texas, I was influenced by that band sound and by country and alt country. And the separation from those circumstances has perhaps pushed me in that folk direction.

Do you have any favorite memories from growing up in Canton?

The bones of Canton are beautiful with the courthouse and the square, but it's a town that struggled like most other Mississippi towns, and I remember lots of hardships there. But I remember going to my mom's library a lot, and I loved being amidst all of those books.

That explains all the literary references in your work. Where did your music education come from?

My parents had me in the church choir from seventh grade on, and I took piano from kindergarten onward. And I played flute at Canton Academy ... but I didn't start playing guitar until my early 20s, and didn't start writing until my late 20s when I played with the Sincere Ramblers in Oxford for a radio show.

"Thacker Mountain Radio" is where you had the opportunity to work with some legends like Gillian Welch as they came through Oxford. That must have been a time of amazing growth and inspiration. As you were discovering who you were as an artist, who most inspired your music?

Very much the artists that I recognized in this latest album. I listened to a ton of Joni Mitchell and Kate Wolfe in college. And Nancy Griffith was a big inspiration. And then as I started playing bluegrass, (it was) Bill Monroe and all the bluegrass legends. And certainly the Carter Family, Hank Williams, Tammy Wynette, Loretta Lynn ... but it was folk, then bluegrass, and then country. So it made sense for me to do this folk record.

As you come back to Mississippi, is there a little pride that swells up within, like a conquering hero?

No. Every time I come home, well, I have a real love/hate relationship with Mississippi as most people do. ... It's really weird how many Mississippi ex-pats I meet who long for it and miss it, and are troubled by everything. But it was the culture of Mississippi writers and the musicians that gave me confidence to go out there. But no, I come home quite humbly, to be perfectly honest with you. (I'm) grateful to be from there. Very grateful.