Saints: Do It for Daddy | Jackson Free Press | Jackson, MS

Saints: Do It for Daddy 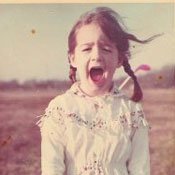 I hate driving down Woodrow Wilson in Jackson. Eventually, I'll come to the intersection where Veteran's Memorial Stadium stares out at me and forces my right turn signal. My car automatically circles the stadium, and I reminisce of years gone byyears when I was introduced to football. I can taste the turkey sandwich my mother brought for our tailgate lunch, and I can hear my brother screaming, "I'm open" for my dad to throw the football across the parking lawn. I hate it  because I miss those days.

On the day I was born, May 14, 1968, I had my own headline in The Meridian Star: "Future Meridian High School Cheerleader Born Today at Anderson's Hospital." By age 10, I had been featured several times in different state newspapersthe Laurel Leader Call, The Greenwood Commonwealth and Jasper County News. It wasn't my athletic ability that made the news, nor was it an uncanny ability to be a newsworthy kid. It was simply because my father, Ray Narro, was a newspaperman.

As a sports writer's daughter, life was a bit unorthodox. My dad went to work while it was still dark and was home by noon. He was on the golf course by 1 p.m. during the week. Weekends weren't as organized, especially during football season. Friday nights, he went all over the county covering high-school games. There was no Internet or cell phone, so he'd go back to the paper, write the stories and submit them for the next morning's edition. Saturdays were fun in Starkville, Oxford or Jackson, but Sunday was the best day of every week. Sundays were spent in New Orleans.

My father allowed my brother and me to bring a friend to each of the Saints games. Dad would be in the press box during the first half and on the sidelines the second. In theory, we knew where he was, and he knew our seat numbers. It was a different time, with different teams and different seasons.

Although one might question my dad's parenting skills, it was a freedom like no other for us. To roam the Superdome was a great adventure. There were always plenty of seats to jump over and a lot of interesting spaces to discover. My dad was OK with our independence, as long as we knew to meet him downstairs at the locker room at game's end. There I'd sit with my friends and my brother and devour the conversations between the players' wives. I'd envy them for their fur coats and diamond rings, dressed in high heels and sequins. I remember thinking how could they stand and shout for their husbands in those get-ups? Except for Olivia Manning. She was always a class act.

My dad would come in from the sidelines, grab my brother, and go into the locker room for post-game interviews and comments. I had to stay outside. I was a girl. Girls weren't allowed in locker rooms in the 1970s; no Pam Oliver or Erin Andrews back then. So I stood behind the barriers and stared at the "Mrs. Saints" and eavesdropped on their lives.

As a kid and a lover of sports, it never dawned on me that the New Orleans Saints were losers. I never actually saw them win, but the Saints were another spectrum for mea level of greatest. Only the best can play professional sports, my father preached to me. Only the strong survive in the NFL. These men I cheered for were alive and giants in my eyes. They were athletes who achieved to be the best. My dad would never have allowed us to wear a bag on our head. For me, there were never any 'Aints in New Orleans.

Last spring, my father was diagnosed with leukemia. It hit him hard and fastlike one of Drew Brees' spirals. He thought this was going to be the Saints' year with the acquisition of Gregg Williams and a rebuilt defense. We watched the first game of the 2009 season together, but by the Philadelphia game Sept. 20, he was too weak to watch. I walked into his bedroom to make sure the TV was loud enough for him to listen. He turned away from me and away from the television. At that exact moment, I knew my dad's will was gone. He was too feeble to watch, too sick to cheer. Football ceased to matter because his life was so fragile. My father died three days after the Saints' win over Philadelphia.

Throughout fall 2009, I have picked up the phone to dial my father several times to discuss plays during game time. I still make mental notes to get his opinion on decisions the coaches make, the injury reports and the mid-week press conferences.

It's been the hardest football season of my lifethe toughest time of my life. The cards and notes from people my father knew and wrote about over the years have been a great comfort for my mother and my family, especially the notes from former New Orleans Saints football players.

It is amazing to know Ray Narro had as much of an impact on football as football had on him. And for those of you that don't believe, don't have faith in the game, hear this: Ray Narro is the reason Garrett Hartley made that field goal in the NFC Championship game, and he had the best seat in the house.

Melinda Narro Brown lives and roots for her New Orleans Saints in Brandon.