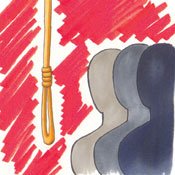 The Mississippi Supreme Court has not yet ruled on Attorney General Jim Hood's request for a Dec. 29 execution date for Frederick Bell, making it unlikely that state will conduct its fourth execution this year.

Mississippi Department of Corrections Spokeswoman Tara Booth said today that she expected the Supreme Court to issue an execution date for Bell in early 2011.

A judge sentenced Bell, 39, to death after a jury found him guilty of the 1993 murder of Bert Bell (no relation) during an armed robbery at a convenience store in Grenada.