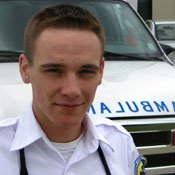 A U.S. District Court Judge has thrown out a suit Tyler Edmonds, 21, and his mother filed against Oktibbeha County in 2009, claiming Edmonds was wrongfully convicted of murder.

A U.S. District Court Judge has thrown out a lawsuit Tyler Edmonds and his mother, Sharon Clay, filed for wrongful conviction for the murder of Joey Fulgham.

Edmonds and his mother filed the suit against Oktibbeha County in 2009, claiming that in 2003, Edmonds, who was 13 at the time, was wrongfully convicted of murder after law enforcement officials took his "coerced" statement.

In the Nov. 20 decision, U.S. District Court Judge for Mississippi's Northern District Judge Neal Biggers Jr. wrote that the actions of law enforcement officers were not unconstitutional. On Dec. 1, Edmonds and his mother appealed Biggers' decision to the United States Court of Appeals for the Fifth Circuit.

In 2004, Oktibbeha County Circuit Court tried Edmonds as an adult, and a jury found him guilty of the murder of Joey Fulgham, who was married to his half-sister, Kristi Fulgham. The suit states that while Edmonds gave his testimony to law enforcement, Fulgham coerced him on what to say, and had asked him to take the blame for the murder because he was a minor. The suit also states that when Edmonds and his mother arrived at the sheriff's department they executed a waiver of Edmond's Miranda rights at a deputy's request.

In 2008, a jury acquitted Edmonds of the charges during a second trial. Fulgham is currently serving a life sentence for the murder of her husband.

Read this week's JFP cover story, "Rush to Judgment" for an in-depth analysis of the Edmonds' case.

FYI, Edmonds has already appealed his lawsuit to the 5th U.S. Circuit Court of Appeals.