[Hammond] It's a Dry Hate 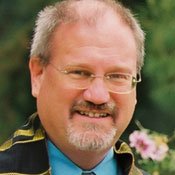 At the end of July, I traveled to Arizona to join with other members of the Unitarian Universalist faith to protest the enactment of SB 1070, the infamous anti-immigration law, in solidarity with Puente, a human-rights organization.

On the grounds of the Unitarian Universalist Congregation of Phoenix stands a sculpture by John Waddell entitled "That Which Might Have Been: Birmingham 1963." The statue is in memory of four young girls who died in the firebombing of the 16th Street Baptist Church in Birmingham, Ala., on Sept. 15, 1963.

The gifts of these would-have-been women facing outward are depicted in this sculpture, powerfully emoting the "what if's" surrounding them.

Coming to Arizona from Alabama, this image profoundly linked two moments in our history—a time when America was gripped in fear of a different "other," and its now-ironic juxtaposition with Arizona. As I pondered the statue, I wondered what the "what if's" might have been if legislators had not passed SB 1070 and the other laws. What would the lives of the families torn apart have been like had their mother or father not been deported? What gifts would these families have presented our country had a different scenario, filled with love and welcome, been played out?

What was hailed as a post-racist America when the first African American president was elected has certainly proved to be, instead, a new incarnation of racism in America. And just as Arizonans like to exclaim to their out-of-state friends, "But it's a dry heat," this new incarnation of racism in America is a dry hate. There are no Jim Crow laws banning Latinos and Hispanics from whites-only drinking fountains or sitting at whites-only lunch counters. There are no laws segregating schools into white and brown. But as my friends on Facebook reminded me when I asked about the difference between Alabama's 104 temps with humidity vs. Arizona's 104 temps without humidity, hot is still hot.

And so it is with hate.

Arizona insists that it will not tolerate racial profiling in the enforcement of this new law. But profiling is evident in the actions of the Maricopa County sheriff who treats rescued, abused dogs better than he treats Latinos, Hispanics and indigenous people. It is evident in the actions of State Sen. Russell Pearce and Gov. Jan Brewer who have declared all undocumented persons from south of the border as criminals and parasites on the state.

Such dehumanizing behavior is a necessary component to begin ethnic cleansing, or as Arizona prefers to call it, "enforcement through attrition."

It is, indeed, a dry hate that is drying out the very heart of America as its fear spreads across the country into Mississippi and other states.

Prior to going to Arizona, I was told that police could only enforce the law for reasonable suspicion that arose during investigation of another situation. I was told that with a judge suspending so many parts of the law, the reason for my being in Arizona was no longer valid because everything had changed.

Talking with the people in Arizona, I see that suspending the law changes nothing. Employers cannot pick up day laborers along side the road, reducing opportunities to place food on the table or a roof over their families' heads. Police can arrest church drivers for human trafficking and impound the church van should drivers pick up a parishioner who is undocumented. Residents can still sue police if they perceive officers are not enforcing the law. These components of the law are still in effect. The harassment is still occurring.

Police are stopping people for minor infractions, like a broken taillight, and that becomes the reasonable suspicion to detain them for immigration authorities. Even settled traffic-court cases become the reason for detaining them. These examples of harassment were going on before the passage of SB 1070. Once officials hand a person over to immigration, there is no due process.

Witnesses saw one of the leaders of Puente released from jail and enter a waiting van. The police immediately surrounded the van. The police wanted to arrest him again for violating the conditions of his release because of an expired meter. This is the harassment that is happening in Arizona. Several local people stated this happens daily, just as this sort of thing happened in the South in 1963.

It is time for our nation to return to its core values of liberty, equality and justice for all. It is time for America to return again to being a nation worthy of its creed of all people being created equal with unalienable rights of life, liberty and the pursuit of happiness.

It is time for America to return home to its soul.

Rev. Fred L Hammond is pastor of the Our Home Universalist Church in Ellisville, Miss., and the Unitarian Universalist Congregation of Tuscaloosa, Ala. He blogs at http://serenityhome.wordpress.com. This column was adapted from a recent sermon.

Excellent article Rev. This was an good point you made right here, What was hailed as a post-racist America when the first African American president was elected has certainly proved to be, instead, a new incarnation of racism in America I think those that strongly oppose this president, use the stand or attitude, well, he was elected, it's not racism, get over it It's a different tone of hate, it's something that older generations of black americans (Baby Boomers)have experienced and can sense and Generations X, Y and Z are now getting a whiff of the past. Thanks for pointing out what quite a few of us have been seeing for the last few months.

ok, then what is your solution to ILLEGAL immigration, and to our porus southern border, where drugs, guns...also cross? Where is the fairness to thousands of immigrants from all over the world who have waited to enter legally and to the thousands still waiting legally to enter?

Funny when I first read the name "Fred L. Hammond" I immediately thought of the gospel artist but wondered why a white guy was pictured, until I actually read the article.

Thank you for the excellent article Rev.Hammond. Immigration is a complex issue. As long as it is beneficial to maintain a permanent class of under paid workers with no rights, politicians beholden to their corporate benefactors have little will to enact change to overhaul the system. The election of President Obama has proven without a doubt that we are not a post-racial America. Racism, simmering under the surface since the mid sixties, now has it's own TV network. We constantly hear about concerned citizens wanting to take the country back. Apparently back to 1959 would be the preference. Hate is a far greater worry than poor immigrants trying to find the America they have dreamed of all their lives. The America that used to exist, the one that upheld the Constitution and represented freedom for the oppressed. That is the America we should be trying to get back before it's lost forever.