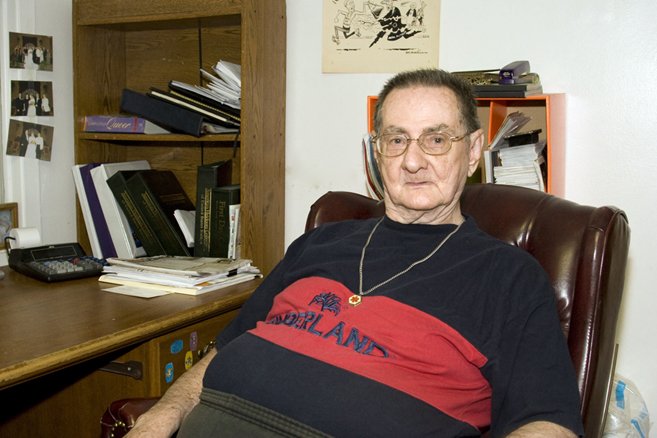 In his quiet office, Eddie Sandifer sits back in his chair gathering his thoughts. Sandifer, 79, is the project director of the Southern Aids Commission, a non-profit organization in Jackson that seeks to educate the community on HIV/AIDS and help those living with it.

Sandifer was born in Cotton Valley, La., and moved around the South during his childhood as his father took different posts as a Baptist preacher. He was drafted into the National Guard during the Korean War in 1951, but because he was openly gay, was not able to travel overseas. He completed his active duty and relocated in 1953.

"I moved to Jackson to live with my family and start a new life," he says.

In 1955, Sandifer became one of the first nursing-home administrators licensed in Mississippi, and began working for what is now the Magnolia Nursing Home in Jackson. After nearly two decades, though, he decided to direct his attention toward helping others in a different way.

"The job was a burnout and boring. I just got tired after 20 years," he says.

Sandifer helped found Jackson's branch of the Gray Panthers, a now-inactive organization dedicated to economic and social justice for senior citizens. "I felt great knowing that I was helping others and especially fighting for the equality of senior citizens," Sandifer says.

Sandifer became the director of the Mississippi Gay and Lesbian Alliance in 1974. The organization opened two homes for HIV/AIDS patients in 1987, one of which was named The Sandifer House in his honor. The house has since then closed due to a lack of funding.

After a while, people began to notice Sandifer's activist work, and in the late 1980s, The Advocate, a gay magazine based in Los Angeles, featured him. He has also appeared in The Network, in Philadelphia, Pa., and even Out Magazine in New York "before it became fancy with glossy ads."

In 1994, Sandifer joined the staff of the Southern AIDS Commission. Today, he is the only full-time staff member of the Jackson office, often working long, odd hours. As the project director, Sandifer provides materials and training to the community regarding HIV/AIDS. His major goal is to provide HIV/AIDS patients with moral and financial support, even housing assistance, all of which keep him busy.

"I sleep on my free time," Sandifer says. "I'm an old man." He adds that he collects stamps, postmarked envelopes and beads so that when he retires, he "can do a mosaic with them."

Despite his dedication to SAC, Sandifer envisions a day when he can just "sit down and do nothing."

Until about 2000, Eddie Sandifer was the only face anyone ever saw on TV representing Jackson's LGBT community--and that wasn't even his main area of issue advocacy! Very very glad to hear he's doing well. He's an inspiration to a lot of people.