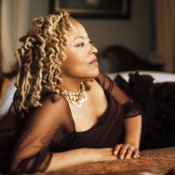 Cassandra is so deservant . She is one of the most down to earth and sweetest people. she attends my church. We are proud of her!!!