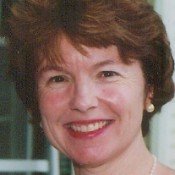 This was certainly not the way Gov. Haley Barbour wanted to end his term in state office. Tax revenues are down $371 million and counting. State budget alternatives are grim, with cuts of at least 12 percent for most agencies, including education.

Seeking opportunity amid crisis, Barbour is recommending major government realignment and simplification, as well as consolidation in K-12 and at the university level. By including such incendiary proposals as combining Alcorn State and Mississippi Valley with Jackson State University, Barbour took the chance that his proposals will be dead on arrival at the Capitol in January. His challenge to support his proposals or "come up with a better way" ought to be taken seriously.

Cuts and consolidation should not be the only options on the table. The kind of cuts the governor is proposing will be a severe shock to the economy, just when Mississippi and the nation are trying to climb out of the Great Recession. This decade's declining growth in Mississippi's major revenue sourcespersonal and corporate income and sales taxes -
should have lawmakers looking at the state's tax structure.

There at least five ways Mississippi could adjust its tax structure to help make it through the current economic troubles and to build a better revenue picture for the future.

1. Mississippi could join the 20-plus other states in the Multistate Tax Commission to prevent large corporations from playing shell games to avoid paying state taxes.

The U.S. Government Accountability Office reported last July that 30 percent of corporations with earnings of $50 million or more paid no federal income taxes between 1998 and 2005. In 2003, the Multi-state Tax Commission found that large corporations avoided $7 billion in state corporate income taxes by, among other tactics, shifting reports of profits from state to state. Corporate income tax revenue accounts for only about 5 percent of overall revenues in Mississippi.

The solution is to join the Multistate Tax Compact and require every multistate corporation to follow uniformity guidelines when reporting income and profits. This will give the state a way to validate corporate returns. It works for other states and it could work here, too.

2. Mississippi could increase the top personal income tax for the wealthiest among us. Personal income taxes make up about 25 percent of state and local tax revenue. The wealthiest 20 percent of all Mississippians take home almost half of all income earned. The real income of top earners has increased 23 percent from 1999-2005, while the bottom 60 percent of Mississippians saw a drop in real income when adjusted for inflation - even while worker productivity increased. Creating a new state income tax bracket of 6 percent for taxable income over $125,000 certainly would be a better alternative than closing 10 mental health crisis centers and hospitals.

3. The National Association of State Budget Officers suggests that each state monitor tax breaks it gives corporations. If the return from these tax breaks falls short of promised benefits to the state economy, a state could choose to impose a surcharge. Hiring more tax auditors also could net millions of dollars.

4. The Mississippi House has tried for a number of years to increase fees and fines to generate revenue, and to ensure that fees for state services actually reflect the cost of those services. Penalties and fines for violations of labor safety and environmental regulations, for example, should be costly enough to deter such practices, to clean up problems, and to adequately support state agency efforts to oversee and enforce regulations protecting the public. DUI fines also could be increased for each succeeding arrest, as is done in Louisiana.

By not including any proposals to increase state revenues, Gov. Barbour is sticking to the GOP playbook of "Government is the problem: Don't raise my taxes." But this budget crisis is severe enough that, combined with the devastating farm losses throughout the state, it could send Mississippi's economy back into recession. Our government should be better than that. It is time to look at the big picture and re-imagine what we expect from state government. There is another way, if only there are enough real leaders to champion it.

Evans is a Jackson health care activist and writer. Copyright (C) 2009 by the Mississippi Forum. Used with permission.

Bravo!!!!!! This is the type of "Alternatives" that need more publicity and public discourse. Thanks so much for this. I will e-mail this to Gov. Barbour and my Senator and Rep.!!!!!

I really appreciated this... real alternatives & solutions to problems... something that can be discussed, debated, & ultimately see some type of reform (especially where fees are concerned) ... the Governor proposed alot of suggestions that will simply open old wounds and at the end of the day not get us anywhere as a state...

Gov. Barbour seems stuck on a one-track "cut, cut, cut" mentality, when what we need is a holistic approach that looks at all sides of the issue. We have to stop thinking that there is only one option for balancing the budget. The longer we continue to lure employers with tax incentives (including the probability that we'll look the other way in collecting taxes) instead of with an educated, job-ready population, we're going to see employment growth only in factory-type jobs. Not that there's anything wrong with working on an assembly line, but those aren't the kinds of jobs that will lift the populace off the floor of the worst standard of living in the nation. As long as we, as a state, continue to relegate education and health as less important than business profitability and prisons, we will not make strides toward substantive improvements in quality of life. We need to look for balance, not Barbour's lopsided, only pro-business "solutions." Bravo Ms. Evans for suggesting some realistic alternatives.

Lynn, Great presentation! I'm going to research (google) the Mississippi Forum and see what I can do to support its' work

Ronni, I agree with you and even with Ms. Evans to a certain extent. There should be a balance and not just cuts. I could go along with a balanced approach of closing tax loopholes and increasing fees and fines with some cuts and savings through eliminating in-efficiencies. Good ideas need to come from everywhere.