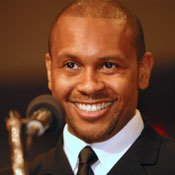 Kevin Powell presents the keynote address at "Ya Heard Me? Meanings in Hip-Hop Culture" conference Aug. 14.

From Africa to America, everyone around the world has a story to tell, and more and more every day this story is being told through the medium of hip-hop.

This Friday and Saturday, Aug. 14 and 15, the international hip-hop conference "Ya Heard Me? Meanings in Hip-Hop Culture" will offer workshops and performances at Jackson State University. This is the first time the conference has been held in the United States; the two previous conferences have been held in Ghana.

Rhyme-N-Reason, a local organization that seeks to educate the global community about hip-hop, helped bring the conference to the city. The conference on Friday will include workshops with themes revolving around helping rappers market themselves, ways to break down pre-conceived notions about hip-hop, and analysis on hip-hop art from actual graffiti artists.

President of Rhyme-n-Reason and JSU graduate Carol O'Connor says that attendees can expect "very interesting and insightful presentations by hip-hop scholars and people who are well known in the global hip-hop community."

"t's important to honor the message of music and the talent that we have around us and give back to the community," O'Connor says.

All workshops are free, and attendees can attend a mini film festival later in the evening at 8:30 p.m. Films such as "Hip-Hop in Ghana" and other hip-hop films from filmmakers in the Jackson area will screen during the festival.

There will be even more presentations where attendees can tell their own stories and learn about hip-hop in education. Finally, at the end of the night, attendees can pay $10 to experience a big rap concert at the Assembly Center where 20 rappers from Ghana, India and Jackson will perform on stage.

O'Connor says it's important to educate the community on what hip-hop really means. Borrowing a quote from Jackson native and rapper David Banner, she says, "Hip-hop is the way you live."

For more information about "Ya Heard Me," contact Carol O'Connor at 928-961-0393 or visit http://www.rhymenreasonusa.org

Interesting. I am anxious to see if there is any analysis concerning Hip-Hop and Minstrelsy in the depiction of black people.

Blackwatch- So was that analysis discussed?