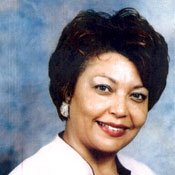 I read with interest the article "Civil Rights Museum in Trouble?" written by Adam Lynch in the Jackson Free Press. I was somewhat taken aback by the suggestions attributed to a number of sources that seem to imply that the National Civil Rights Museum in Mississippi is in trouble because Tougaloo is experiencing difficulty raising the funds. It has never been Tougaloo College's responsibility to raise the funds to construct or operate the Museum.

Gov. Haley Barbour formed a Commission to Establish the National Civil Rights Museum in Mississippi made up of citizens from across the state of Mississippi. The Commission was charged to make recommendations to the governor on several issues, chief of which was the best location for the museum. Consultants came on board to help facilitate the work of the Commission, primarily in selecting a site for the proposed museum. The consultants developed well-defined criteria to which all interested entities had the opportunity to respond by an established deadline.

Tougaloo College, like many other entities, presented a proposal to locate the museum on its property. After careful review, the consultants recommended the Tougaloo College site for the location of the museum. After even further review and deliberation, the location committee, the executive committee and the full commission voted in favor of the recommendation. Gov. Barbour accepted the recommendation.

With its work completed, that Commission no longer exists. Gov. Barbour has indicated that he intends to take the next step and appoint a group of citizens from around the state to create the non-profit organization that will raise the money to construct and then operate the museum. The governor has indicated to me his sincere interest in making this museum a reality and that he intends to begin this next phase as soon as the economy turns around. Tougaloo College has the land reserved for the museum and remains strongly committed to working with this new group as closely as possible to make this dream happen.

A couple of facts should be made clear. Tougaloo College presented a compelling case, following the same guidelines as all other interested entities that submitted a proposal, and was selected as the site. The museum was to be located on the college's property held for investment, not inside the gates of the campus. The college agreed to allocate approximately nine acres of its land to be used for the museum. The museum was not to be owned or operated by Tougaloo College.

Tougaloo's interest stems from its established identity as the cradle of the Civil Rights Movement in Mississippi, its commitment to the principles of freedom, justice and fairness, and its continued interest in ensuring that this transformative period in America's history is preserved and shared and used as an educational guide to continue to advance a humane and just society.

While we are aware that there continues to be opposition to the museum being located on the property of Tougaloo College in favor of downtown Jackson, the college has not been informed that the governor plans to reverse the decision of the Commission and select another site.

We would hope that everyone involved in this issue would rally around the decision of the Commission and work with the governor to take the next steps to establish the National Civil Rights Museum in Mississippi.