I will grant an interview only to people who agree to the following five stipulations. 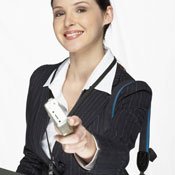 1. Do not refer to me as AFRICAN AMERICAN. I am a CITIZEN of the United States of America.

2. Do not refer to the fighting at Ole Miss in 1962 as a RIOT. A government cannot riot. It was a WAR between the state of Mississippi and the United States.

3. Do not call the Black-White issue RACISM. It is an issue of White Supremacy and black Inferiority.

5. You must agree to use the term SOUTHERN BAPTISTS in the story at least once.

James Meredith said his hometown Jackson Free Press was the only media outlet exempt from the rules.

I think the editor of the Ole Miss newspaper is confused in an editor's note about Mr. Meredith's conditions to journalists. He writes: Mr. Meredith stipulated five conditions: first, that we may not refer to him as a black man; second, that we could not refer to the tension between white people and black people as “racism”; third, that we could not refer to the 1962 conflict on the Ole Miss campus as “riots”; fourth, that we must not say that the U.S. Marshals ensured Meredith’s safe passage into the Lyceum, but rather the U.S. Army; and fifth, that we must mention Southern Baptists at some point within the article. Mr. Meredith stipulates that he shouldn't be referred to as "African American"—because he is an American. I don't believe he minds being called "black."

This is purely out of curiosity -- why does there have to be a mention of Southern Baptists? Am I forgetting something about what happened in 1962 that involved them? That one was confusing to me.

If you read the interview, you'll see that Mr. Meredith blames the Southern Baptists (as an institution) for many of our race and other problems (such as not dealing with poverty and AIDS). He believes they've gotten away from the fundamentals of what the Bible really says.

Ohh! (sheepish grin) I haven't had a chance to read the interview yet! As a former Southern Baptist, I have to say that I would agree with his sentiment. That is why I don't consider myself Baptist anymore!

Yeah, I'm a reformed one myself.

James tells a very sad story. I was in high school when he was going through the hell of intergrating Ole MS. After graduating, he could not find a job - anywhere in the State. My father-in-law was Superintendent of "Colored Schools" here in Jackson and no black Administrator could touch James with a ten foot pole. The message was, hire and be fired. He moved on to New York and it was as if James or his actions ever existed. Credit was given to another group, who according to some, became the "mouth-piece" for Black people here in Jackson. To add insult to injury, James became a member of the Republican Party. A party that was taboo for black people in these parks. (James was a political fish out of water) There must be a lot of bitterness that James continues to feel. My hope is that he will be given some type of positive recognition (roses while he can smell them). James Meredith took a giant step: I think it is safe to say that he somehow landed on his feet!

As a former Southern Baptist, I have to say that I would agree with his sentiment. That is why I don't consider myself Baptist anymore! I've never been a Southern Baptist, but now I just refer to myself as Christian and stick to the fundamentals. I don't "do" denominations. :)

There were many others who suffered violence and threats of violence in the struggle and were unable to find jobs OR were unable to find jobs in a field that they had studied for. Local People by John Dittmer is the best book that I have read detailing the hundreds of forgotten local heros of the movement, people like Hartman Turnbow who often had shootouts with the Klan in Holmes County and famously told Dr. King, "Rev., that non-violence is gonna get you killed."