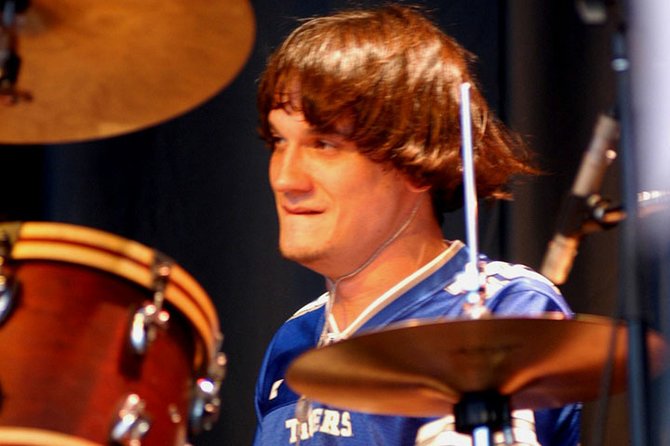 "My brother is such a badass guitar player I have to replace him with two guys," says North Mississippi All-stars drummer Cody Dickinson about his latest project, Hill Country Revue.

"I'm not replacing Luther," he says. "We're not playing any Allstars stuff. [Hill Country Revue is] just a side band, something to keep you active."

While Allstars guitarist and Dickinson's brother, Luther Dickinson, toured and recorded with his new mates the Black Crowes, Dickinson worked up a new side band lickety-split. Hill Country Revue has completed the summer festival season and continues its national tour, culminating Nov. 1 in New Orleans at Tipitina's.

Consider the shows practice. They cut 12 songs in less than a week, having rehearsed just once.

"I basically called up the best musicians I knewGarry Burnside, Kirk Smithhart, Dan Coburn, Chris Chew and myself. We went down to my dad's studio and cranked four songs out the first day and then two to three each day afterward," Dickinson says.

The quick-and-dirty recording ethos marks a change from the Allstars' latest album, "Hernando," for which the band demoed tracks for the first time. But like "Hernando," Hill Country Revue represents a return to the Dickinson boys' roots in the grimy, juke-joint blues of late hill-country denizens such as R.L. Burnside, Junior Kimbrough and Otha Turner.

"This is really back to the roots," Dickinson says. "To be honest, I can't compare it to anything because I've really never heard anything that sounds like it. It's all blues, though. Some is more traditional hill country, and some of it's very modern. These are all blues guys, and it's funky. Really nasty; that's the best way to describe it. Gritty, messy, stripped-down."

Unlike most blues, which move through different keys, the hill country sound is notable for remaining in the same mode, with a repetitive drone and dynamic rhythmic pulse tussling like drunks breaking bottles in a bar fight.

"Garry is R.L.'s youngest son, and (he) grew up playing bass with Junior Kimbrough, so he's like a walking encyclopedia of hill country music, but he's also a very creative and prolific writer," Dickinson says. "He's on guitar along with Kirk Smithhartthis amazing guitarist from Memphisbasically the best guy I know in the city."

Dickinson recruited singer Dan Coburn from Dixie Hustler, a Flint, Mich., band he'd produced, and describes him as "simply a badass singer." Coburn overcame some initial difficulty with help from Dickinson's friend and Kid Rock bassist Aaron Julison, who co-produced the recording sessions and even lent bass to some overdubs.

"I was playing drums, engineering and producing all at the same time. (Julison) just took a lot of control of what was going on, and he was able to work with Dan," Dickinson says. "It's very exciting when a plan comes together," he says, chuckling. "It felt like the real deal. We were definitely in the zone."

Although the Hill Country Revue is in the midst of their first national fall tour, Cody Dickinson and Chris Chew are still finding the time to join the rest of the Allstars on a North Mississippi stage. The entire North Mississippi Allstar lineup will headline the "Rock the Debate," festival in Oxford Friday, Sept. 26, preceding the first presidential debate between Barack Obama and John McCain at the University of Mississippi.

The event, which is free and open to the public, begins at noon in the Grove.