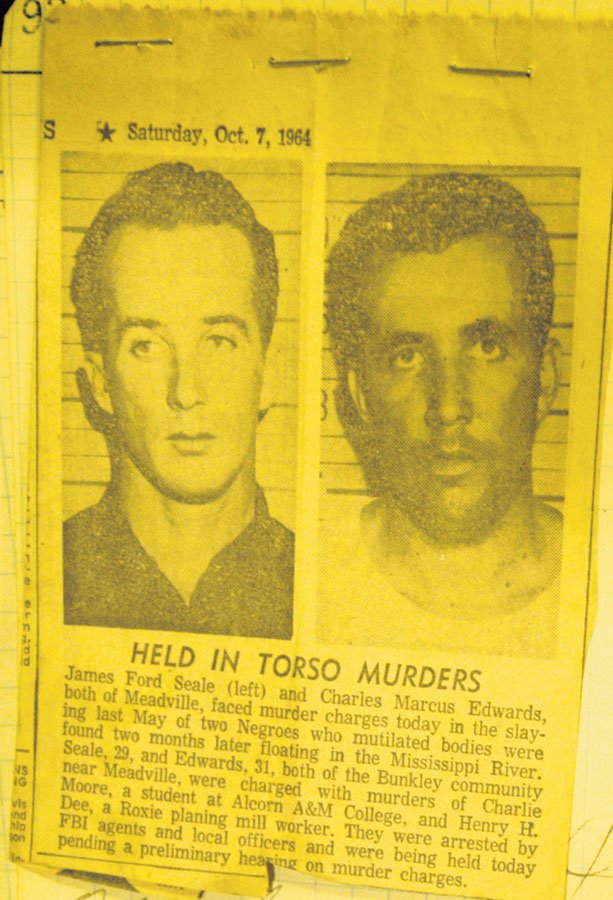 In 2005, the Jackson Free Press went to Franklin County, Miss., with the brother of Charles Moore, one of two black teenagers killed by the Klan in 1964. We wanted to detail a case that probably only got attention in the first place due to three missing civil rights workers at the same time in the "Mississippi Burning" case that drew much more media attention over the years, probably because two of the victims were white.

We believed that the murders of Moore and Henry Dee belonged just as prominently in the history books as those of Chaney, Goodman and Schwerner. We wanted to show how justice did not exist for black Mississippians in 1964, about how two young men could simply be plucked off the face of the earth and their families had no avenue for justice. We wanted to show how white people in Mississippi simply said "no" to justice for those families for 40 years, despite extensive FBI evidence.

Although the Clarion-Ledger had reported the lead suspect was dead, we quickly learned that James Ford Seale was alivean easy feat in an area where everyone, black and white, knew where he was living. All we had to do was show up and mention his namea fact that really highlighted the tragedy of all the years he had gone free because no one had cared enough to do anything about it.

That trip, our story, and subsequent investigations by the JFP, Canadian Broadcasting Corporation and U.S. Attorney Dunn Lampton led to Seale's conviction. The other suspect, Charles Edwards, testified against Seale in 2007, due to an immunity offer, and he apologized to the families. Most importantly, the tragedy of Dee and Moore earned its place in the history books, and a bit of justice was won, albeit way too late.

Last week, the 5th Circuit took away that justice on a technicalityone that certainly benefitted the defendant. But what of the rights of the victims and their families? They didn't have access to the legal system before 1969 when the court ruled the feds would have had to prosecute him within the statute of limitations (that hadn't applied when the murders happened). The state then refused to bring a case based on the FBI's investigation because they were black, and it didn't matter. There has been no will or real effort to prosecute the case in the 40 years since by the state or, until 2005, the feds.

Yes, defendants have rights, but so do black Americanseven those unlucky enough to have lost loved ones in the 1960s to race terrorism. Now, the feds and especially Mississippi must do everything in their power to make this right, not only for the families of Dee and Moore, but to show the children of this state of all races that we are not what we used to be.

This case must not die due to a legal loophole that no one has the will to close.

Donna, What a powerful editorial. Thank you for continuing to bear witness. I respect you more than any other journalist I have ever known. Anne

Let us be neither deterred nor dismayed by this setback at the hands of the Fifth Circuit Court as we remember these words by MLK Jr.: "When our days become dreary with low hovering clouds of despair, and when our nights become darker than a thousand midnights, let us remember that there is a creative force in this universe, working to pull down the gigantic mountains of evil, a power that is able to make a way out of no way and transform dark yesterdays into bright tomorrows. Let us realize the arc of the moral universe is long, but it bends toward justice."

Great quote, Kacy. I pray that every wrong will be righted in these cold cases.