Time For All Citizens to Vote 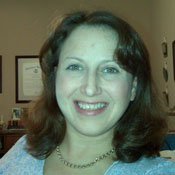 Last Friday, the ACLU of Mississippi and the ACLU Voting Rights Project filed a lawsuit in federal court challenging the state's denial of voting rights to citizens with felony convictions. Under Section 241 of the Mississippi Constitution of 1890, persons with certain felony convictions are prohibited from voting in state and local elections. However, those who are disenfranchised under this provision are expressly provided the right to vote in presidential and vice-presidential elections. Despite the state Constitution preserving the right to vote in presidential and vice-presidential races, state voter registration procedures deprive the disenfranchised from exercising their rights.

The unlawful disenfranchisement of thousands of esident and vice president. It is obvious that the framers of our state Constitution recognized the importance of allowing all citizens to vote for the leaders of this country, and we must continue to fight for this fundamental right today.

Mississippi election officials are undermining the integrity of the state's election system and degrading our country's democratic principles. By filing the lawsuit, we hope that all Mississippians with felony convictions will have the opportunity to register to vote. We have asked the court to allow these citizens access to voter registration in time to cast ballots for president and vice president this November.

Further, we've requested injunctive relief, whereby the court can order that the state allow those who have been denied the right to vote in the presidential election to register and cast their vote this November. The state of Mississippi cannot sit back and deny these people the right to vote simply because our process for registering makes no distinction between state elections and the presidential election.

The plaintiffs in the lawsuit are Jerry Young and Christy Colley, two Mississippians who have been convicted of one of the felonies enumerated in the Constitution or subsequently interpreted to fall under one of the enumerated crimes. Both Young and Colley sought to register specifically for the presidential election as our state Constitution permits; both were told that they could not register. I would think that because this right is specifically afforded to these individuals, that the court will remedy a long-time flaw in our registration process. If this matter is not quickly addressed, there is no way to go back and allow these people the opportunity to vote in this very important presidential election, which is expected to have tremendous voter turnout.

We, as citizens of Mississippi, have the duty to uphold its Constitution and demand that our elected officials do as well. Failing to adhere to our Constitution is contrary to the 14th Amendment's Equal Protection Clause and the National Voter Registration Act, which establish procedures to increase the number of eligible citizens to vote in federal elections. Our plaintiffs, along with many other Mississippians, are being treated unjustly. They are being denied one of our most precious and fundamental rightsthe right to vote.

In the coming weeks, I hope the courts maintain the integrity of our Constitution and take the necessary steps to ensure that all citizens who are legally eligible to vote in November have that opportunity.

Kristy L. Bennett is a staff attorney with the ACLU of Mississippi.