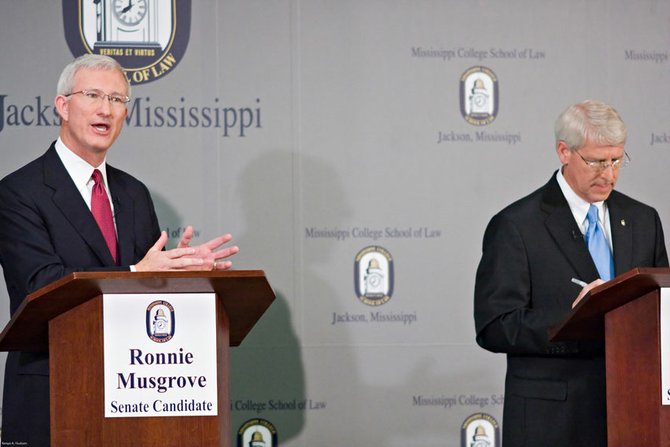 What is going to help people survive the crisis we are in is prayer and good common sense. I've had to live on the money I had and not use a lot of credit. The financial institutions need to offer high interest rates. Then people will put more into savings. Then they can lend to people who use a lot of credit and pay it back.

I try to save a portion of my income every month. It is not a lot, but it is something. Also, people will love to help each other. You can't expect to do everything for cash. We can exchange services so everyone has what they need. Every want is not a need. We need food, clothing and shelter. But how much is enough?

'Special Rules?'
Just before leaving town last week, I voted. I went to the Circuit Clerk's office to cast my O-vote. I have waited for this moment my entire life; I was too young to vote for JFK, but not too young to remember his charisma, his inspiration and the hope he provided for our country. Today, we have an equally charismatic president-in-waiting, and trust me, I sprinted downtown as fast as I could to make my own little mark in history. Upon reading the ballot, however, I was dismayed to see that Ronnie Musgrove and Roger Wicker's party affiliation are not listed, though all other candidates have party affiliations listed by their names.

Fast forward to the airport; I'm waiting at the gate to hop on a plane, reading an article in a local newspaper that suggests this year's election might ride on presidential ticket coattails. In other words, for many folks, voting for Barack Obama might mean voting for all Democrats listed on the ballot. The same might be true for someone voting for John McCain who chooses to check a straight ticket. Trouble is, again, the party affiliations for Musgrove and Wicker are not listed on the ballot.

I called a friend who is an expert in these matters to complain, but she informed me that this is perfectly legal. The Musgrove/Wicker race is deemed as a "special election" with "special rules." Ha!

Crude Politics
Have any of you seen the Roger Wicker ad depicting a gay male giving money to the Musgrove campaign? This is a disgrace to any GLBT person, anyone who loves someone who is or, for that matter, anyone with any open mind and heart who loves people no matter their sexual orientation, race, religion or creed. The depiction is a throwback to 1970s television shows depicting black actors as stupid buffoons and generating "comedy" at their own expense.

It's as though Wicker took every stereotype of a gay male and threw them into one character. What about gay Republicans? Surely a minority, but they exist! Please, have a reporter look into this ad and campaign. It's worse than John McCain's depiction of Obama as a "n*gger Muslim terrorist." Not only does a senator represent a state, but he also represents a nation.