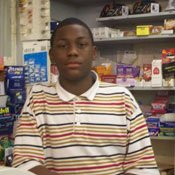 The death of Jim Hill High School student Alfred Hawkins and its coverage in the local media inspired the Civil Rights Civil Liberties Club to start the Jackson Media Literacy Project to explore how media are biased against young people.

Earlier this year, in a span of less than two weeks, two tragedies rocked the communities of Jackson, Madison and Canton. During the early morning hours of March 23, 15-year-old Alfred Hawkins, a Jim Hill High School student, was shot and killed. Thirteen days later, on April 5, Canton Academy students Mitch Dickens and Scott Lloyd, 17 and 16, respectively, and 16-year-old Zach Bailey of Madison Central High School were killed in a car accident.

Counting the number of stories in the media that mention youth, as we've documented in this issue, is all well and good, but so much of what constitutes bias is hard to quantify. How do you put a number on word usage, or determine objectively the tone of an article? Our research cannot shed light on all forms of media bias, nor should standards of accuracy be stretched beyond recognition in order to accomplish that goal. We can, however, take a snapshot of some of this bias by comparing these two stories about teen tragedy and examining how each event was treated differently.

The people quoted in the April story about the accident include not only a representative from the sheriff's department, but also a friend, a coach and an assistant principal. "He was an awesome young man. He always had a smile on his face ... certainly he was loved and will be missed," said Assistant Madison Central Principal Mary Edwards.

There are no quotes from friends in the article about Hawkins' killing. It quotes no school officials or coaches remembering the departed fondly and talking about his virtues. The only quotes are from the spokesman from the police department, Ward 3 City Councilman Kenneth Stokes and a city spokeswoman talking about Jackson's crime problem. Stokes implies guilt on the part of Hawkins' parents, saying, "There's no way a mom and dad should not know where their child is at 2 a.m."

The story also portrays Hawkins as "hanging out" on the street corner, as if simply by virtue of having been around that area, he was automatically doing something wrong.

The Clarion-Ledger treated Hawkins' death as just another purposeless act of violence, which fits with its ongoing narrative of Jackson as a city racked by crime. Yet, car accidents in Mississippi killed more than three times the number of youth killed by homicide from 2001 to 2005, according to the Centers for Disease Control.

All deaths deserve to be mourned because for those who survive, each is a tragedy. Treating a death as simply a continuing part of a larger narrative about a crime problem is disrespectful to the deceased and to those left behind.

On March 25, The Clarion-Ledger published a follow-up article about Hawkins' death, which shed some light on some of the circumstances surrounding the shooting and corrected some of the mistakes and assumptions from the first story. Hawkins, it turns out, wasn't just "hanging out"; he was on his way to the store. In the follow-up, he becomes more than just a faceless crime victim: the reporter interviews his family, and describes him as a great basketball player and as "the heart of [their] family."

It seems safe to assume that none of what might be construed as bias in the original article is intentional. After all, it isn't as if the narrative of Alfred Hawkins' death was deliberately lacking in personal facts about the victim or his life. But this remains an instance where the media's initial coverage of inner-city youth leave an unfavorable impression; one that is decidedly unwarranted.