The Dawn of a New America 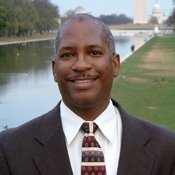 "What I saw was a candidate who drew crowds so big the venues chosen could never accommodate all those wanting to attend, a candidate defined only by the projections onto him by those supporting him."

Let me start this post by explaining who and what I am. I am the oldest son of civil rights advocate James Meredith who integrated the University of Mississippi back in 1962 and graduated from that flagship institution in 1963.

I have been a Republican my entire adult lifeuntil 2004 when I was so utterly disgusted by President George W. Bush and the direction in which he and Karl Rove took the party that I no longer wanted to identify myself with a party that would lie us into a war, morally bankrupt our nation overseas and financially bankrupt our economic system domestically. I won't even go down the litany of party principles like limited government, fiscal responsibility, personal freedom and responsibility that were thrown off the bus so early in the current administration that most Republicans can't remember them ever being a part of "W's" so-called compassionate conservatism. So I sat on the sidelines waiting to see if the Republican Party would go back to its pre-W philosophy once the reign of the autocrat was over.

I work in Washington as a federal lobbyistrepresenting small business owners who would be locked out of the public policy process without the help of a small boutique-lobbying firm like mine to help them. While the perception of a lobbyist is that we all make millions per year peddling influence, the majority of us make well under six figures and have as hard a time making ends meet as the rest of working Americans. We work as lobbyists because we want to help mom and pop compete with Wal-Mart, or help parents of disabled children get the medical resources they are entitled to under the law, not to add to the already outrageous bottom lines of multi-national corporations like Exxon-Mobile. I have taken all the time above so you fully understand how transformational what I will say below is to me and I assume millions of others like me.

I initially resisted the Barack Obama campaign. Not because I was looking for the next great Republican to come in and make the party whole again. One look at that cast of characters they trotted out as candidates, and you knew the pre-W Republicans were not coming back anytime soon. All that was left was a cadre of bitter characters hell bent on not accepting the reality W left them but instead furiously spinning the problems they created under the autocrat's regime as the fault of Democrats who had only been in power the last two yearstwo years that, frankly, were still in large part led by the GOP despite their being in the congressional minority.

No, I resisted because I didn't think America was ready to elect a black man to the presidency to be the most powerful person in the free world, to hold the highest office in the land. By the time the Democratic primary made its way to Virginia (where I live) I was still supporting Hillary Clinton, primarily because I felt disenfranchised by the Obama campaign's disregard for me as a private citizen apart from my career choice as lobbyist. While I could understand why a ban on donations from PACs would be palatable to the public, it left no room for me as a private citizen to express my personal choice. In fact, I couldn't even buy my wife the Obama shirt she wanted because the Web site wouldn't allow a $15 purchase by a lobbyist.

But when I stepped into the voting booth for the primary, a strange thing happened. I put aside my personal dislike of Obama's willingness to blame all of what is wrong with Washington on lobbyists. I forgave him for limiting my ability to support the candidate of my choicehim, through his ill-conceived assault on lobbyists and ban on our donating to his campaign, however small a donation it would be. And I opened my eyes to the world around me.

What I saw was a candidate who drew crowds so big the venues chosen could never accommodate all those wanting to attend, a candidate defined only by the projections onto him by those supporting him. How could such a man lose? To vote for anyone else would be throwing your vote away. No man can be all things to all people, but what Obama managed to do is be what individual Americans needed him to be.

And in the privacy of that voting booth, I needed him to be the Democratic nominee for president of the United States. I voted for him.

Being the son of James Meredith afforded me the opportunity to be a guest of University of Mississippi Chancellor Robert Khayat at the first presidential debate held at the University of Mississippi on Sept. 26, 2008. As I stood in front of the memorial and statue of my father giving a press conference, I could not help but be humbled by the significance of the first debate featuring a viable black candidate, being held at the university integrated over two generations ago by my father. As the debate enjoined and Obama separated himself from the struggling Arizona senator, it was apparent to me that history would be made in November.

So today, Nov. 4, 2008, after waiting-two-and-a-half hours to cast my general election vote, when I closed the curtain and filled out my ballot, there was no hesitation on my part such as during the primary. I was no longer resentful of the limitations Obama had placed on me and the honest hard-working colleagues of mine (not all lobbyists are dishonest or criminal).

May God bless President-Elect Obama and this nationa nation on the verge of turning the page to start the greatest chapter in its 232-year history.