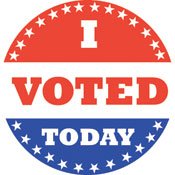 If there is anything that this historic election proved to Mississippians, it is that the state needs to prioritize ways to ensure that all voters are accommodated fairly and efficiently.

Our state was not one of the 30 around the country that allowed "early voting." So as we worried about what would happen on Election Day, and how quickly we could get in and out of the polls, and whether or not our boss was going to let us out of work long enough to vote, other Americans were lining up early to vote. Those lines were still long, but they would have been longer without early voting, perhaps meaning that more people would have given up and didn't get their vote in on Nov. 4.

On MSNBC this weekend, Rachel Maddow called the lines at the polls "the new poll tax." That is, how much does each hour of waiting in line cost the voter? Who can afford to spend that time in line? Add to that the problem of the worst voting machines going to the poorest communitiesand no paper trail here in Hinds Countyand it's not hard to see why efforts to deny certain people the right the vote are simply masquerading as different tactics in 2008.

That needs to end after this election.

In addition, Mississippi Secretary of State Delbert Hosemann failed dramatically to step up and lead to make sure the most eligible voters would have access to their ballots and that they wouldn't be disenfranchised by ballot confusion. For instance, in the days leading up to the election, Hosemann resided over massive confusion on the part of county circuit clerks about whether or not they were to require ID for applications submitted over the counter, and what exactly the definition of "absentee ballot" should be.

It became very clear during this campaign season that voter fraud is a dramatically overblown issue, even as voter suppression is a very serious one. With any luck, the empowerment of so many additional voters this year will mean that the issue of "voter ID" will be much less relevant going forward. Still, the most disturbing part of that issue has always been that one party wants voter identification because they believe it will reduce the number of people voting for the other partybeing that there is no real evidence of voter fraud, other than a handful of isolated cases (as even the John McCain campaign admitted the week before the election).

When the Legislature convenes in January, there should be a serious conversation about how to get more Mississippi voters into the system efficiently and at minimal cost to the voter. That means that Mississippi needs to adopt an early-voting system, using the lessons learned in other states this year. And Mississippians need to hold accountable any elected officials who try to suppress their vote, or overblow voter-fraud problems.