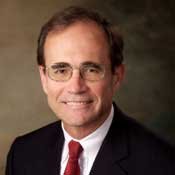 Secretary of State Delbert Hosemann has approached the Senate Elections Committee asking for a statute that would allow his office to subpoena records and evidence relating to state or local elections. The new subpoenas, while requiring chancery or circuit court approval, could duplicate powers already held by county election commissions and the attorney general's office.

What does Hosemann think he could do better? Could it be that certain political interests perceived as more friendly to Hosemann may find in him an outlet to fortify shifty cases of voter fraud? Hosemann's office has already provided the Mississippi Republican Party information upon which it based a recent lawsuit against the Leflore County Election Commission and Southeast Greenwood poll manager Gail Griggs.

The party alleges county poll watchers sat "too far away" from voting booths and let unauthorized poll watcherspresumably Democratsד(loiter) about the polling location." The party also claims people were assisting voters who had not requested any help and that "voters received instruction and direction on who to vote for," among other claims.

Attorney General Jim Hood told the Jackson Free Press that the Republican Party never approached him to investigate the allegations. Perhaps they found they could work better with Hosemann. The suit, after all, amounts to no more than a writ of mandamus asking the Leflore County Circuit Court to say Griggs and the commission failed in their duties and to order them to do better. But in Hosemann's capable hands, fluffy allegations become the basis for new legislation. The party's claims regarding voter assistance in the Leflore case, for example, came weeks ahead of his Senate request to adjust state law on voter assistance, which would force people providing assistance to help no more than 10 voters per election, or face up to $5,000 in fines or five years in prison.

Hosemann also asked the Senate to allow him to enforce a more aggressive policy toward purging voter rolls. He not only wants local commissioners to adopt his hard-line mandates, but also wants the power to come in and commandeer the purge if the local commission fails to act fast enoughand then charge supervisors for his services.

Purging is rarely a precise process. There will be plenty of mistakes and disenfranchisement. No one needs this kind of power. No one should freely give it.