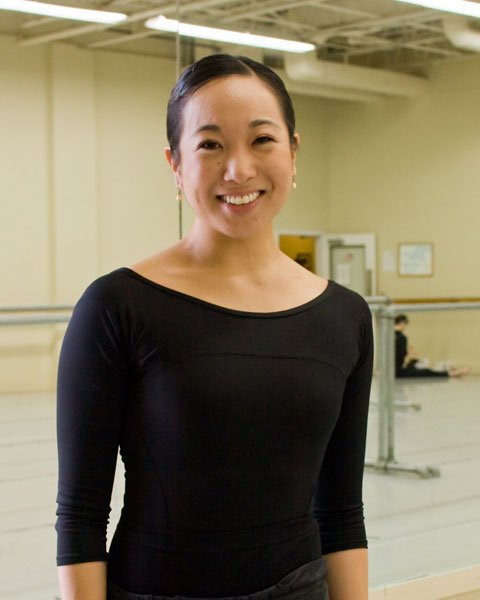 When I arrived at Ballet Magnificat! one afternoon, Beth Kimura and the Omega Company dancers were rehearsing in a back studio lined with mirrors and filled with music. Her sleek, black hair and dark tights contrasted the white of the room, and her body gracefully moved about the room, her poise and technique blended into the movements of her figure.

Kimura, 24, abandoned the ocean and mountains for molehills and the Mississippi River when she moved to Jackson from Hawaii to dance with Ballet Magnificat! in 2003.

"People are laid back in the South, and Hawaii is the same," Kimura says. "Everyone's so laid back."

Her parents raised Kimura and her younger brother in Mililani, Hawaii, at the center of Oahu island. When she was 9, she began taking ballet classes. By some standards, it was a late start, but Kimura believes she found her calling early.

"It wasn't something that I was forced into," she says. "I wanted to dance ballet."

One of her ballet teachers there, Pamela Taylor-Tongg, encouraged her in both ballet and her Christian faith by urging her to dance from her heart.

"I want to use the gifts (the Lord) has given me to thank Him. I dance for a purposeI have a reason to dance, a reason to move," Kimura says.

At 16, Kimura won first place at the National Society of Arts and Letters Ballet Division and moved to Jackson after graduating high school to join Ballet Magnificat!'s trainee program. After a year, she was promoted to the Omega touring company. Her schedule requires her to rehearse and take class six hours a day, but she doesn't complain.

"(I am) able to express what the song is saying or how I feel with movement, to be able to use my body and music to express different things," Kimura says.

In 2002, Kimura underwent ankle surgery to remove some scar tissue and bone fragments agitated from dancing. While recovering, she wondered if she could ever dance again.

"It took a while to come back. I'm thankful I can still (dance). There was a time where I thought I couldn't dance again," Kimura says. During about six months of no dancing, Kimura worked with both patience and frustration until she could fully dance again.

Kimura has toured with the company all around the United States and the worldmost recently in Israel. On tour, the company stays with host families of different backgrounds and stories.

"I get to travel all over the place doing what I want to do. I never thought I would ever be able to do anything like this," she says.