Fire the Employees Stealing from City 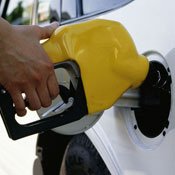 Ward 1 Councilman Jeff Weill summed it up best when he said the city of Jackson had "dropped the ball" on supervising the city's gas cards. According to city council members, 1,088 city employees have access to gas cards that allow employees to fill up public-owned cars and trucks. However, records supplied to the council show 945 of those 1,088 employees (a full 86 percent) were not keeping track of the odometer readings at fill-ups during the months of July, August and September. Other records show multiple fill-ups on the same vehicle in one day, or reveal the operators putting 50 gallons of gas in a vehicle built to hold no more than 20 gallons.

Worse yet, city employees used "manual key-ins" more than 3,000 times. They don't even need the cardor their own photo IDto gas up, according to the council. This information could easily be handed off for misuse to somebody's crazy uncle, or sold to friends and relatives on the city's dime.

The issue does not seem to be hard to manage. Assistant CAO Valerie Nevels explained that it's as easy as forcing the 1,088 employees to get a receipt and fill out the required paperwork whenever they get gas. The city pays a company specifically to monitor the use of the gas cards. It even sends the city weekly reports on the usage. Check the receipts against the reports, and you quickly see where the holes are, and what employees are violating the rules.

The city has failed, however, in convincing tax-financed employees to take that extra step and grab a receipt and jot some numbers down at every transaction. And it would be woeful indeed if Weill's suspicionthat the city has been simply tossing the weekly Fuelman reports awaycomes up true.

Public Works Director Thelmon Boyd explained that department heads have designated people in each department, called fuel monitors, to report to them on the fuel situation. The department heads, in turn, report to Chief Administration Officer Robert Walker, who theoretically reports to Mayor Frank Melton (who himself was caught stealing water from the city early in his administration).

The chain of command is there, only it's not pulling any weighta dangerous failure considering the city's fuel budget for fiscal year 2009 is $4.5 million.

The three months in the council's fuel assessment were months when fuel prices were at their absolute highest. A privately owned business would have suffered grievous financial hurt, possibly even tottered on the brink of closing, had it monitored its fuel consumption as slovenly as Jackson did during those months. A private business would also fire employees and managers who are stealing and allowing theft from their companies. So should the city of Jackson.