The Battle for ‘Public Morality' 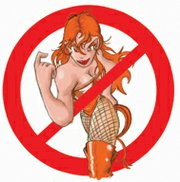 We learned in civics class that the Legislature passes laws that the people want, and any bad laws that violate the people's rights will be struck down by the courts, or else changed by the Legislature when the people speak out. One of the glories of American democracy is how often our government has actually lived up to what we were taught.

Unfortunately, our democracy is poorly designed to protect some rights— one of which is the right to sexual privacy. Only in the 1960s and '70s did the U.S. Supreme Court recognize that the government should stay out of our bedrooms— it wasn't until then that some people overcame the social pressures against speaking out on sexuality, and it wasn't until then the court took seriously its duty to protect all our rights, even those embarrassing rights we'd rather not discuss in front of our kids, or in Sunday school. Most recently, the high court's decision in Lawrence v. Texas struck down state laws against sodomy. Since sodomy is, however you define it, sex unrelated to reproduction, Lawrence was the court's clearest statement yet that a zone of sexual (not just reproductive) privacy exists, and that courts have a duty to protect it.

The Mississippi Supreme Court, we might imagine, has the same duty. The right to privacy, our court says, is "the most comprehensive and guarded right emanating from the Mississippi Constitution." And "no aspects of life," says the court, "are more private than those having to do with one's sexual organs and reproductive system."

Obviously, a law prohibiting stimulation of "sexual organs" affects the most private "aspect of life." Right? Wrong, says the court. The PHE decision rested on a legal fallacy that banning the sale or distribution (but not use!) of sexual devices doesn't violate any rights. Certainly, if the Legislature banned the sale or distribution (but not use) of cell phones, no one would fall for the notion that the ban didn't actually attack the use of cell phones. But that's what our state's high court would have us believe.

The court tried to support its legal fiction by claiming that the U.S. Supreme Court has said there's no "fundamental constitutional right" to sell or distribute contraceptives (even though their use is protected), and that by analogy, there's no right to sell sexual devices. This analogy, however, rested on our court's misrepresenting what the high court actually said.

In Carey v. Population Services International, the court wrote that burdens on a constitutional right, like that of reproductive decision-making, can be"justified only by a 'compelling state interest' ... and ... must be narrowly drawn to express only the legitimate state interests at stake." This is so not because there is an independent fundamental "right of access to contraceptives," but because such access is essential to exercise of the constitutionally protected right of decision in matters of childbearing. Wow—that part about "access is essential to exercise of the constitutionally protected right" sure didn't make it into the PHE decision here! Obviously, if sale of sexual devices "is essential to" the protected right of sexual privacy, then that sale is protected under Carey. There may not be an independent fundamental right, but that doesn't mean there's no fundamental right, and our court should know better than to pretend that Carey said otherwise.

Having rewritten Carey, our court wrapped up with the bald assertion that "society's interest in protecting the right to control conception is of greater magnitude than the interest in protecting the right to purchase sexual devices." So much for the right to privacy, "the most comprehensive and guarded right emanating from the Mississippi Constitution." Oh, but you can still get sexual devices if your doctor prescribes them, says the court. This is great for the sexually dysfunctional, but not so helpful to the rest of us.

The court's cavalier dismissal of sexual privacy shows that it does not take the rights of Mississippians seriously. Had the court cared about protecting constitutional rights, it would have had to address the state's arguments that the sex-device law serves a "compelling interest" by promoting "public health" and "public morality."

Bad for Your Health

The arguments from "public health" are unintentionally amusing. Use of vibrators, it appears, can be "habituating." Now, there's a public health menace for you! On that basis, the Legislature could ban the sale of cigarettes, or chocolate—both of which have health consequences a little more severe than frequent orgasm. Unfortunately for sexual privacy, people are more likely to protest for their rights to lung cancer or obesity than they are their right to orgasm.

The State also quoted some 1970s extbooks on sexual health for the proposition that use of sexual devices can cause stress within a marriage. No doubt it can, just as can the exclusive use of the missionary position, or of that recently protected right to sodomy. But the idea that adults have to be protected from such trauma by curtailing their access to sexual devices is too silly for words. The people I've known who would discuss their use of sexual devices didn't find they suffered any stress in their relationships as a result. Quite the opposite, in fact. Grownups can sort these things out without the state doing it for them.

The best refutation of these arguments is to compare the health dangers from contraceptives. People have died even from condom use, let alone the Pill, yet anyone arguing that the state can ban contraceptives in general because of their "health risks" would be laughed out of court.

As for "public morality," the vaguest of the vague, the state can't explain what part of public morality is offended by sexual privacy. "Public morality" appears to be short for "we don't want anyone else doing what we don't do" (or say we don't do). In a day and age where smokin', drinkin', divorcin' and sodomizin' are all perfectly legal, no reasonable person can pretend that use of a strap-on is threatening public morality. Some sensible "narrowly drawn" regulations on the sale of sexual devices—say, an adults-only shop, as opposed to the checkout at Wal-Mart—are obviously a good idea, but a complete ban places too heavy a burden on our rights. In any event, gay sex is much more obviously against most Mississippians' sense of "public morality" than are sexual devices. Lawrence has cast into doubt whether any law based solely on "public morality"—a synonym for the tyranny of the majority—can stand.

Too Embarrassed to Complain

Christians shouldn't let their faith be hijacked by the ignorant. I'm unaware of a single verse in the Bible that says sexual devices are sinful. But today's so-called fundamentalists ("faith alone in God's Word alone," they claim) have no trouble inventing non-biblical dogmas to support their own prejudices. And they're assisted in legislating their agenda by the average person's embarrassment in talking about sexual privacy, let alone publicly fighting for it. This is how the mechanism of democracy breaks down. If you're too shy to talk about vibrators, you're probably too shy to tell your state Legislature to repeal its stupid law against them. The state then has the power to pave over the right to sexual privacy, as our Legislature and state Supreme Court have done.

A truly conservative court, one that believed in limited government and the protection of individual rights, would defend our rights to privacy. A truly conservative Legislature wouldn't violate our rights in the first place. But as long as we're too embarrassed to defend those rights, they can be taken away.

Andy Lowry, a Madison attorney and graduate of the University of Mississippi School of Law, clerked for the Mississippi Supreme Court in 2002-03.

This pretty much says all as to what I think of the issue: God allows others the freedom of choice,including freedom to sin - and even curse both His name and Christís sacrifice if one chooses to do so!!! (Shocking, Isn't It?!?!?!?!?!) Government policies based ultimately and exclusively on religious doctrines cannot change the non-savedsí hearts, mindsí and soulsí (this makes government policy irrelevant to oneís spiritual condition, which is why government policies forbidding merely personal sins are ultimately pointless) Therefore, governments cannot actually lead people to Christ or any other deity. Since governments cannot lead people to Christ or any other deity, it follows that government policies enforcing personal morals that are based solely on religious grounds is undue interference in our lives as surely as many government economic and property regulations are likewise undue interference in our lives (in other words, government ought not be a bureaucracy in matters of personal morality). Now if even God Himself wonít force people to obey His commands, then isnít it frankly arrogant and presumptuous for we humans to insist that we introduce into our civil law codes laws against personal sins (i.e. ones that are only between the person and God)?

Could not agree more, Philip.