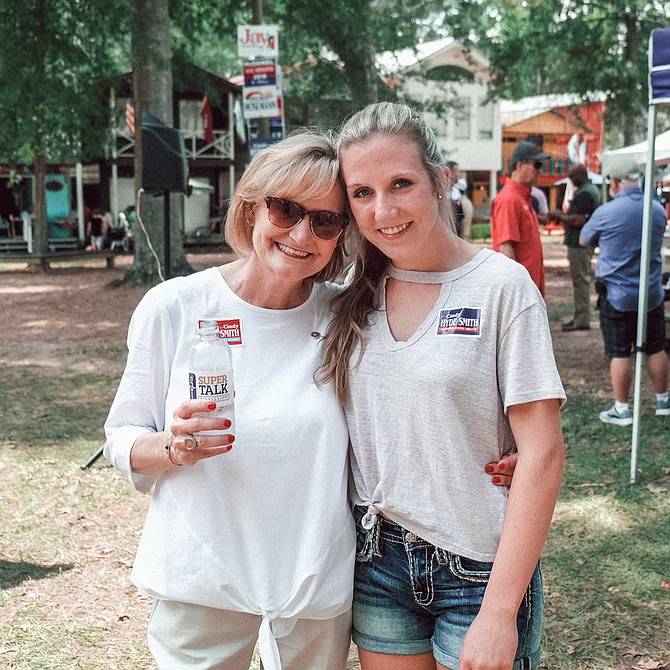 “I would swear on my daughter’s life, I have never voted for Hillary Clinton,” Republican U.S. Senate candidate Cindy Hyde-Smith said at the Neshoba County Fair in Philadelphia, Miss., on Aug. 2, 2018, as she pulled her 19-year-old daughter, Anna-Michael Smith (right), in for a hug. She was responding to accusations from her opponent, Republican State Sen. Chris McDaniel. Photo by Ashton Pittman