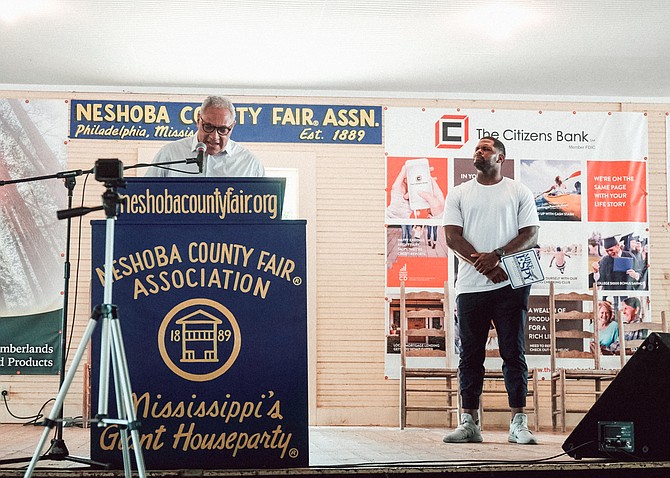 Former U.S. Sec. of Agriculture and Democratic U.S. Senate candidate Mike Espy speaks at the Neshoba County Fair, where his son, Mike, a former wide receiver for the Washington Redskins, joins him. If he were to win, Espy would be the first Democrat Mississippi has sent to the United States Senate since 1982, but he’s made history before: In 1986, Espy was elected as the first black congressman from Mississippi since reconstruction.