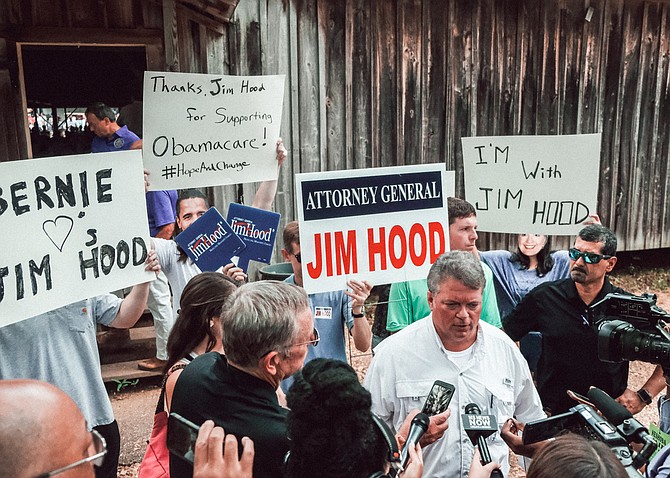 Mississippi Attorney General Jim Hood—a Democrat who is widely expected to run for governor in 2019—speaks to reporters at the Neshoba County Fair in Philadelphia, as Republican protesters holding posters surround him wearing the printed faces of Sen. Bernie Sanders, former Pres. Barack Obama and former Sec. of State Hillary Clinton as masks.