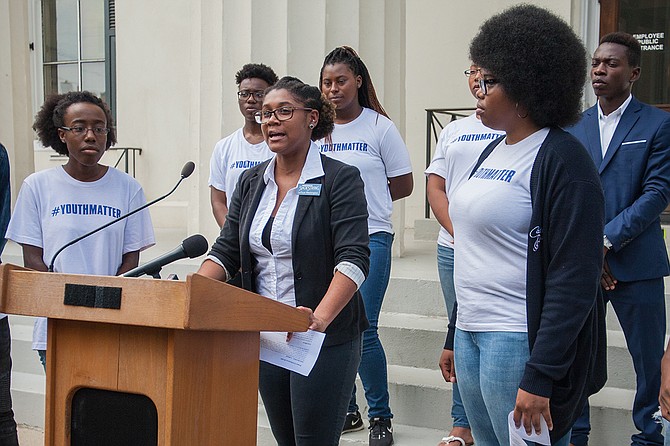 Concluding the press conference held outside City Hall Monday, Oct. 9, 2017, the leader of the young advocate group, Latoya Washington, closed by saying the takeover would not be in Jackson Public Schools best interest because it would be taking power from those who need it and giving it to those who nothing about the real problems of JPS.

You are at the last photo