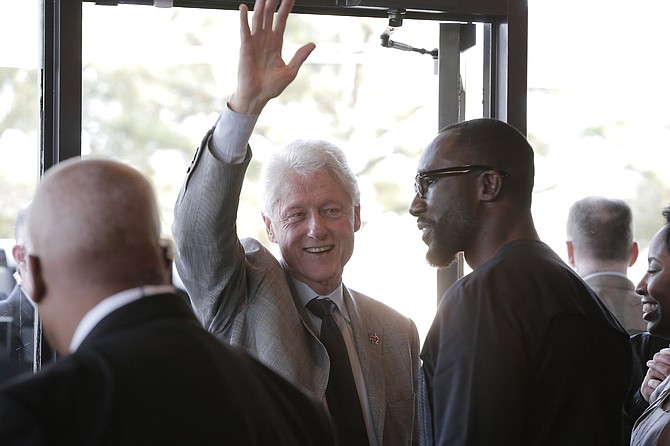 Bill Clinton (middle) surprised a lot of locals when he came to Jackson, Miss., and stopped by Cups in Fondren, where he was greeted by Mayor of Jackson Tony T. Yarber (right), to campaign for his wife, Hillary Clinton. This photo was taken on March 3, 2016.

You are at the first photo