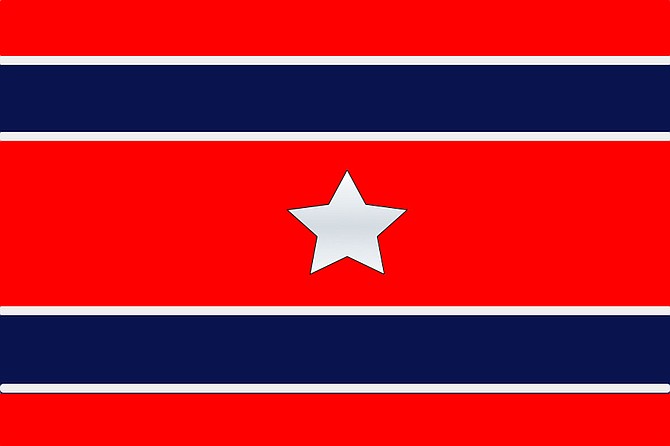 "I wanted to tell a new story using the colors and structural elements associated with the Confederate flag, much as modern-day Mississippians have to build a new history using the elements of a problematic past. My flag preserves the bars, but they are now uncrossed, signifying peacetime, and the 13 stars of the Confederacy have been replaced by a single star, indicating that Mississippi now considers itself part of the United States." -Tom Head