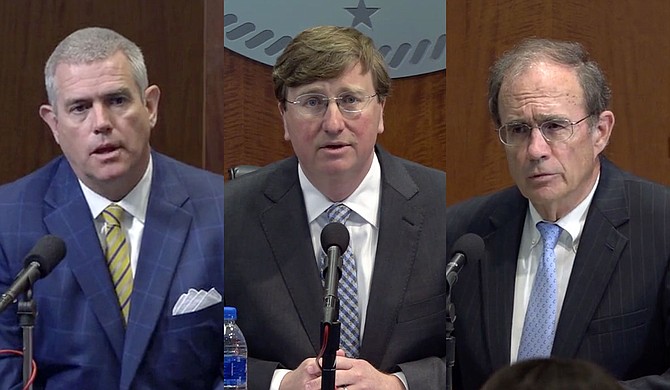 The fight over $1.25 billion in CARES Act relief funds between Gov. Tate Reeves, Lt. Gov. Delbert Hosemann and House Speaker Philip Gunn, R-Clinton, appears to be over, resolved in the Legislature’s favor without the need for a veto override. Photo courtesy State of Mississippi.

The same day the fight over control of $1.25 billion in CARES Act relief funds for Mississippi appeared to end, giving the legislative branch a win, Mississippi suffered its greatest ...