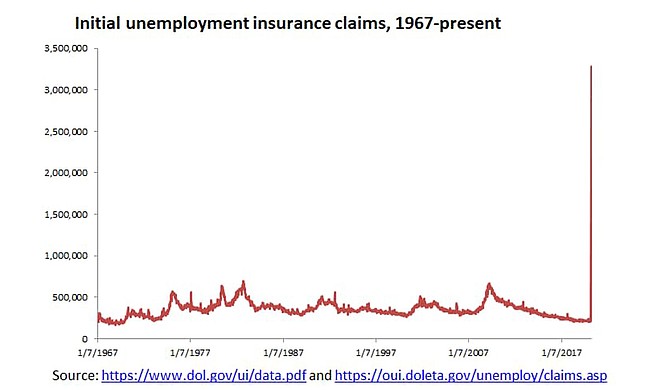 As job losses mount, some economists say the nation's unemployment rate could approach 13% by May. By comparison, the highest jobless rate during the Great Recession, which ended in 2009, was 10%. Photo courtesy Department of Labor