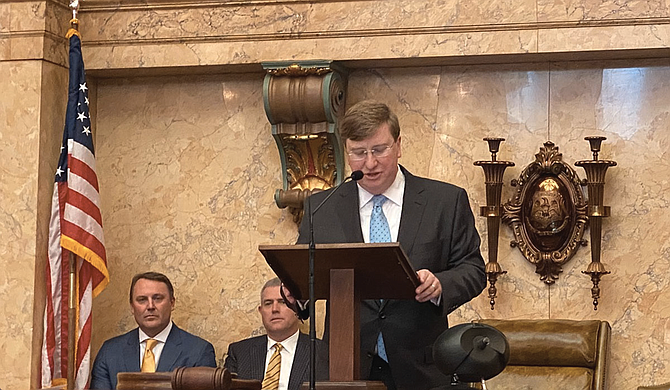 Gov. Tate Reeves will bring the GOP to the cusp of its third decade of control over the State's executive branch. Photo courtesy Tate Reeves

Gov. Tate Reeves took the oath of office today at the Mississippi Capitol beneath gloomy skies, surrounded by the state's new leadership. The governor's speech centered around unity, even as ...