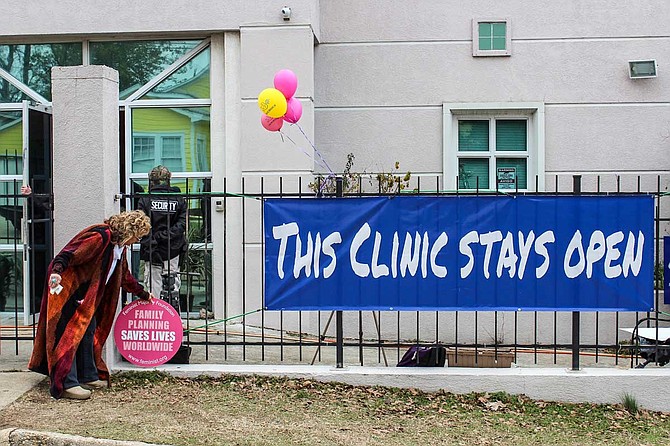 Jackson Women's Health Organization, the only abortion clinic in Mississippi, sued the state after Bryant signed what would have been one of the strictest abortion laws in the U.S., banning most abortions once fetal cardiac activity can be detected, which can be at about six weeks. The clinic said it provides abortions until 16 weeks. Photo by Ashton Pittman

A federal appeals court is keeping a block on a Mississippi law that would ban most abortions as early as about six weeks—a stage when many women may not even ...