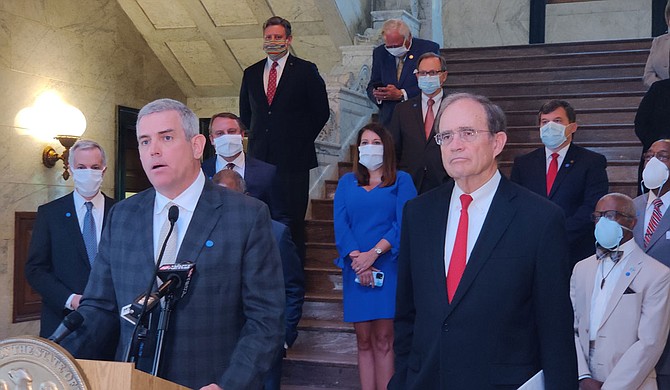 Republican House Speaker Philip Gunn is chairman of the 14-member Budget Committee. He said the proposal released Monday is a starting point for budget discussions that will happen during the three-month legislative session that begins in early January. Photo by Nick Judin