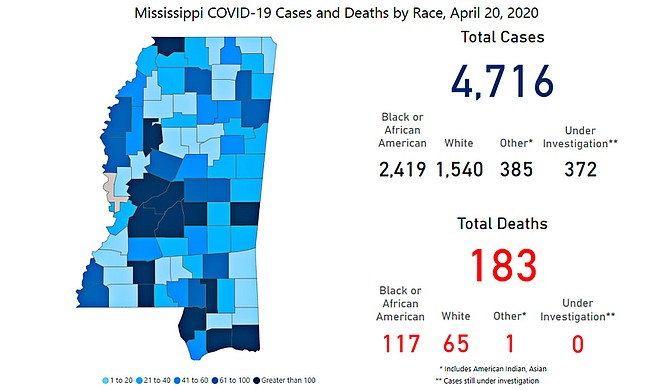 The Mississippi State Department of Health announced 14 new deaths from COVID-19, the deadliest day in the crisis thus far, bringing the statewide total to 183. Gov. Tate Reeves said at an April 20 press briefing that infections have reached their “plateau” in Mississippi. Photo courtesy MSDH

Gov. Tate Reeves described the recent uptick in cases of COVID-19 in Mississippi as a “plateau,” suggesting that Mississippians should expect a continuing trend of high numbers in before new ...