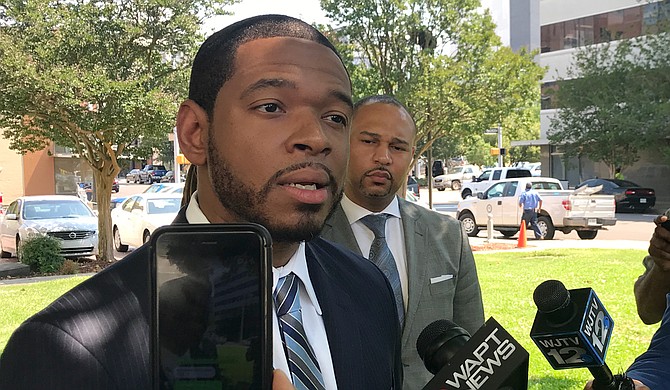 Jason Downs, a Baltimore lawyer who represented the family of Freddie Gray, called a press conference on May 14, 2018, to demand more transparency from the Jackson government on behalf of the family of Crystalline Barnes, 21, who died in an an officer-involved shooting.

A lawyer for the family of 21-year-old Crystalline Barnes, who died in January when two Jackson Police Officers shot into her car following a traffic stop, stood alongside Barnes' young ...