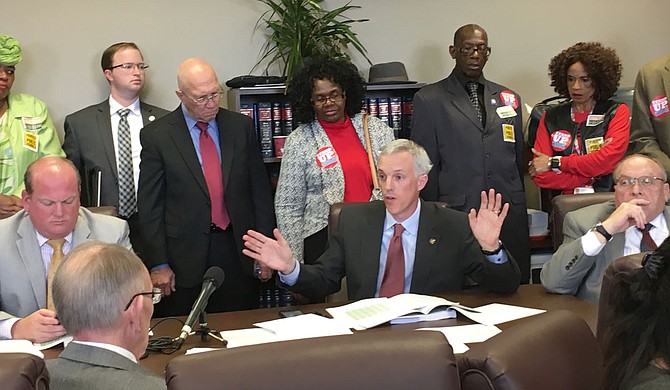 Sen. David Blount, D-Jackson, (center) spoke against the Uniform Per Student Funding Formula proposal in the Senate Education Committee in February, debunking the idea that the bill has been available to the public for a year.