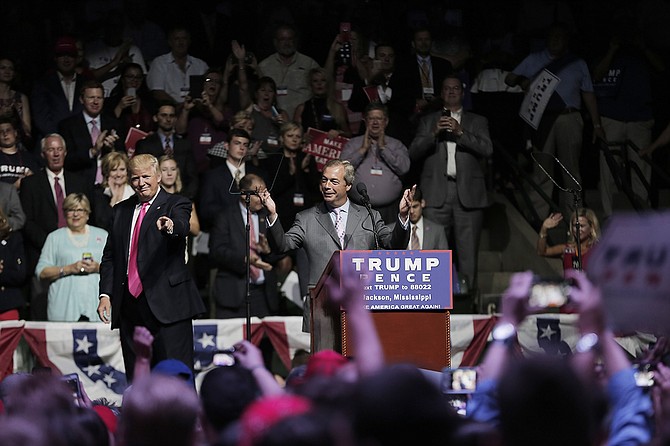 Gov. Phil Bryant's ties to "Brexit Boys" went beyond his connection to Nigel Farage (pictured here at a Trump rally in Jackson); after he met Arron Banks and Andy Wigmore with the Leave.EU campaign, Bryant helped Banks' company bring a data project to the University of Mississippi.

UPDATED: Inside the ‘Brexit Boys’ Data Project at Ole Miss

After months of negotiations and coordination facilitated in part by Gov. Phil Bryant to bring two British companies stateside, a public United Kingdom office that reports to Parliament is investigating ...