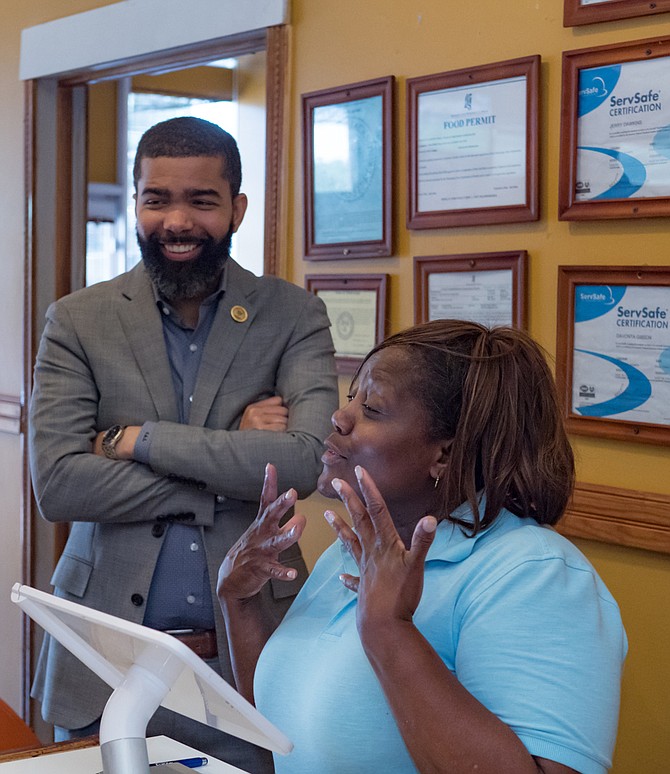 Mayor Chokwe A. Lumumba had lunch at Pearl’s Southern Cooking in south Jackson on July 5, 2018. He finished his meal with peach cobbler.