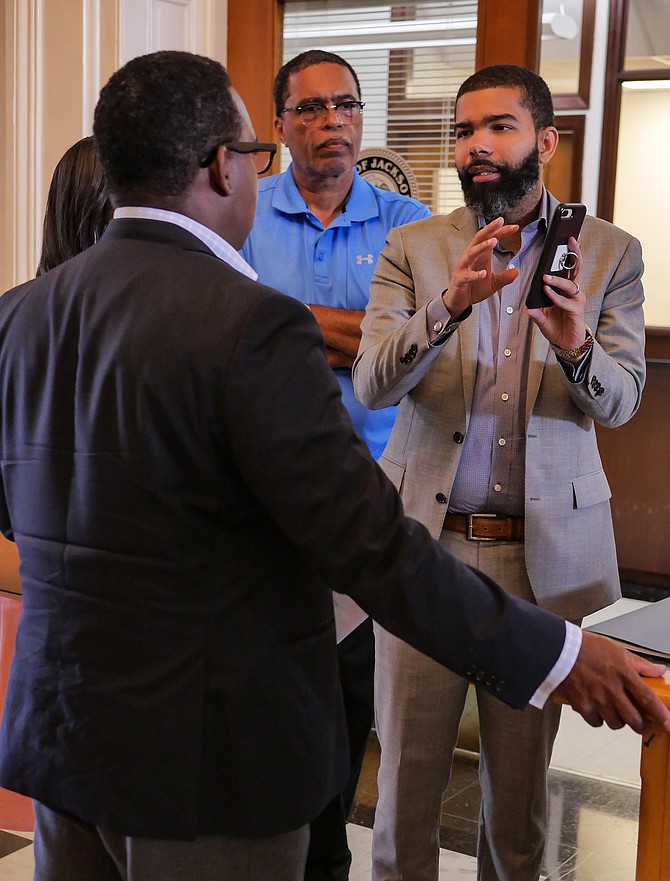 Mayor Lumumba (right) talks to CAO Robert Blaine in City Hall on July 5, 2018, as his driver Ervin “Hondo” Bradley (center) looks on after a meeting about the “One Lake” development and flood-control project.