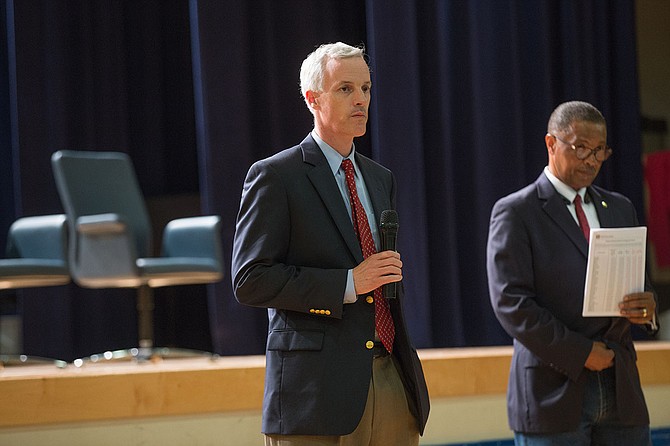 Sen. David Blount, D-Jackson, (left) said he plans to introduce legislation again to stop the Taxpayer Pay Raise Act from taking effect, due to its detrimental impact on the state’s general fund.