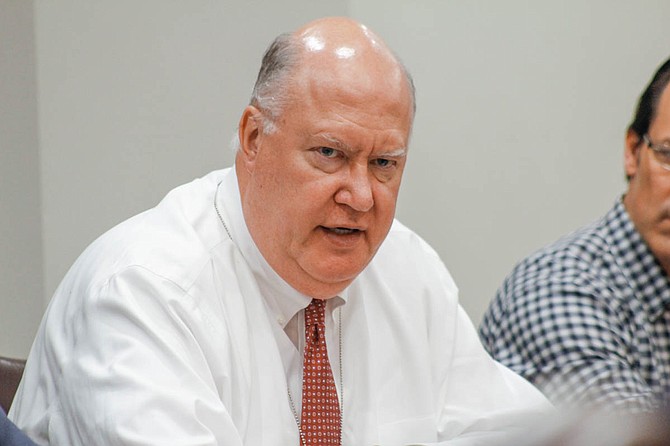 Jackson Director of Public Works Bob Miller is giving Siemens Inc. six months to get the City's billing system fully functioning because nearly one-third of Jacksonians are receiving water without paying for it. He is pictured here at a tax-commission meeting on April 11, 2018.