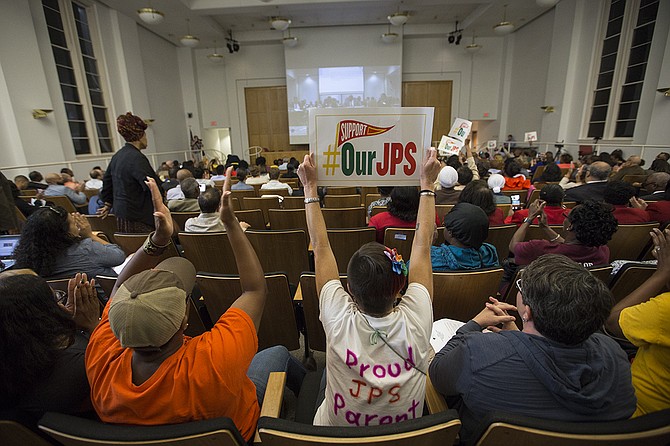 Parents and advocates who oppose the state takeover of Jackson Public Schools watched the State Board of Education meeting from the second-floor auditorium on Thursday; JPS supporters cheered when Interim Superintendent Freddrick Murray asked the board to not declare an “emergency.”

State Board Sends JPS Takeover to Governor for Stamp of Approval

The fate of Jackson Public Schools is now in the hands of Republican Gov. Phil Bryant after the Mississippi Board of Education declared an “extreme emergency situation” in the district ...