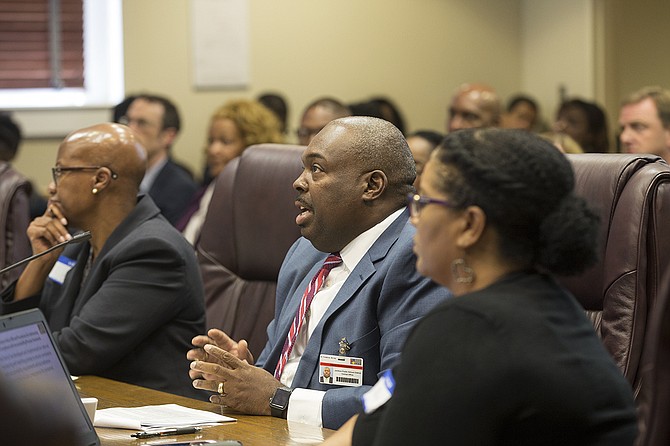 Jackson Public Schools Interim Superintendent Freddrick Murray told the Commission on School Accreditation that the district had made significant progress since he took charge and mentioned inconsistencies between Mississippi Department of Education and JPS data.

The impending state takeover of Jackson Public Schools moved forward today, shocking a packed board room at the Mississippi Department of Education, which is housed in the old, long-segregated Central ...