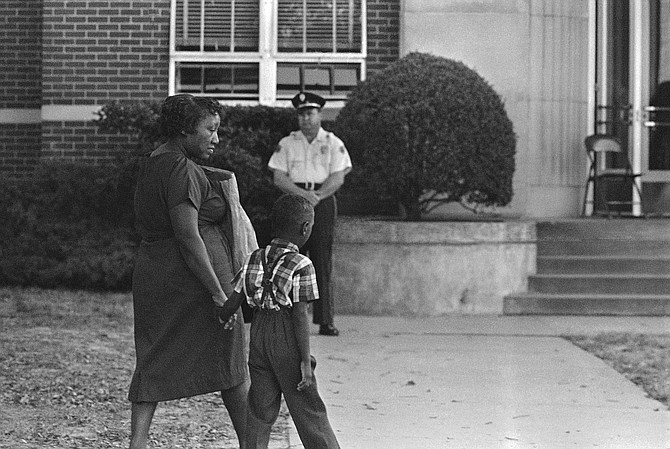 An African American first grader clutched his mother’s hand as he arrived for the first day of school at previously all-white Davis Elementary School in Jackson on Sept. 14, 1964. Black students could voluntarily integrate white schools back then, but local public schools would not fully integrate until 1970. (AP Photo)