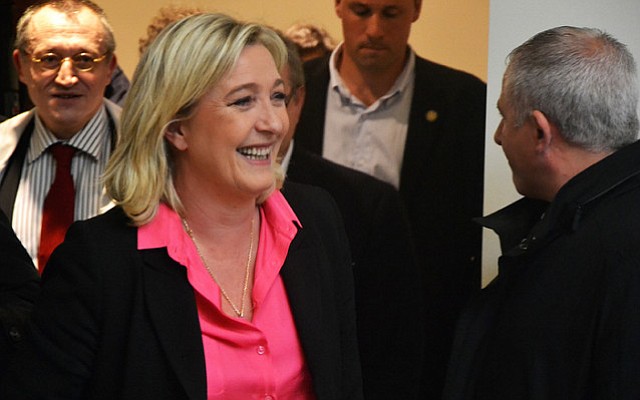 Marine Le Pen, of the historically racist and anti-Semitic National Front party in France, sees a "moral boost" for anti-immigrant and protectionist policies in the success of Donald Trump and Brexit.