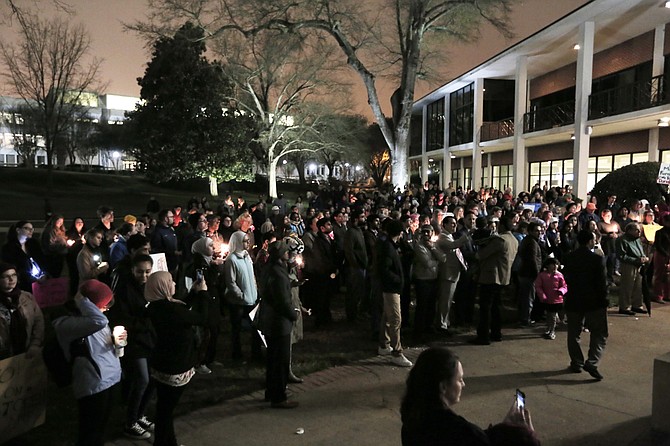 Over a hundred Mississippians gathered at Millsaps College for a peaceful vigil in support of Muslims, immigrants and refugees potentially affected by executive orders President Donald Trump signed last week.

If you think President Donald Trump's executive orders on immigration and refugee programs had no consequences for Mississippians, think again.

A Yemeni man stood on a Millsaps College outdoor stage with two of his children and told his family's story of separation in Arabic last night.